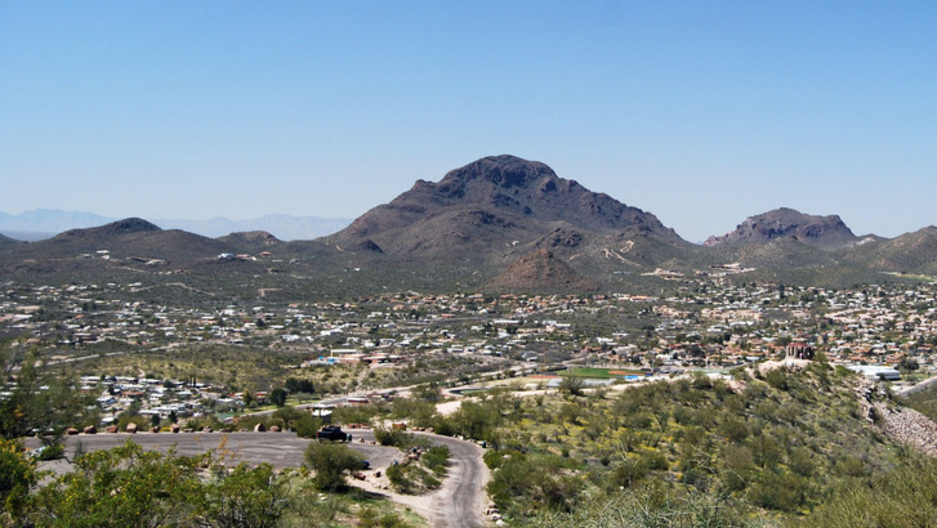 When writer Linda Brewer feels stuck, she runs, hitting one of a few favorite parks in Tucson. "When I'm running I mull it over and I always get some ideas," she says. Brewer is one of four listeners who made creative New Year's resolutions at the end of 2012, and pledged to keep us updated throughout the year. Her resolution: to write a short story in every month of 2013.

Brewer, who works at a skin cancer lab in the Tucson area, credits her appearances on Studio 360 with helping her motivation. "You make the resolution in public," she says, and "there's no getting out of it."

A transplant from the Northwest, she once had a hard time appreciating the arid landscape of Arizona. She titled her September story with a phrase people repeated to her as an article of faith: "The Desert Has a Beauty All Its Own."

Red kings and black queens bounced across the road in front of the bus. Roger cried, "Look out!" but it was only a hallucination and the driver didn't seem to have heard him. The only other man on the SunTran, a skinny, toothless geezer whose smell hung like a makeshift bridge across the aisle, gazed at him as if he were a source of entertainment. The old guy wore scuffed cut-rate hiking boots, the same brand that had got Roger fired in San Diego when he told a customer the truth-- that they were only good for wearing to another store to buy better boots.

The key lesson he'd learned from that was that you had to represent a quality product. If you didn't value what you sold, customers wouldn't either.

His stomach growled. He touched the side pocket of his backpack where he kept his mirror, compass, a twenty dollar bill and a granola bar. The old man grinned and watched. Roger decided there was no way he was going to eat his granola bar with this old coot watching every bite. He shifted in his seat and looked out the window.

Read all of "The Desert Has a Beauty All Its Own"