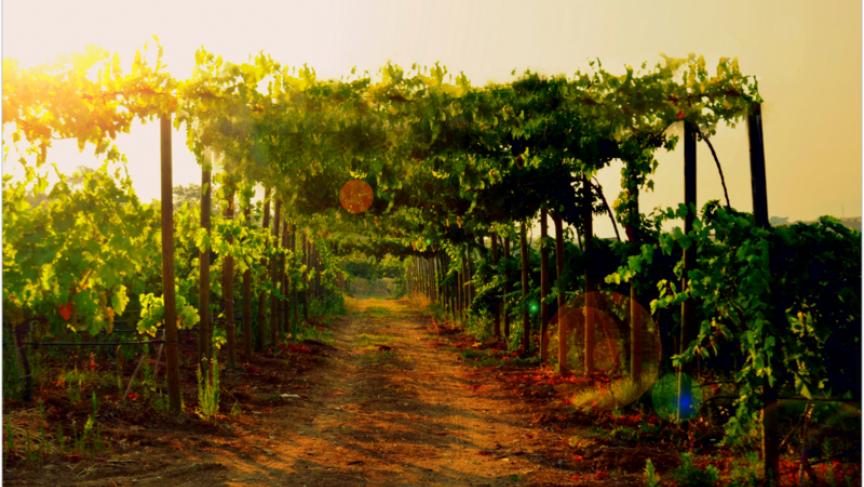 Tucked away in the rolling hills of Izmir, on Turkey’s Aegean coast, men and women harvest the grapes of Nif Vineyards. It's a young winery run by a young woman, Gaye Ozcan.

“We are such a new company, such a new wine brand,” Ozcan explains. “2013 was going to be the first year for promoting and launching our wines.”

If Ozcan seems worried, it's because she is. The country’s new alcohol law makes it illegal to advertise or promote alcohol “under any circumstances.”

“Of course I was planning to do many tastings and events to get in contact with my potential consumers,” Ozcan says. The promotion ban is a big blow to her budding business.

Ozcan is only 27, yet she has spent the past 10 years building the winery with her dad. After being the only girl from her high school to study agricultural engineering in college, Ozcan went to San Francisco to get her master’s degree in enology — the science of wine making.

While she was there she got a lot of questions about how she could produce wine in a Muslim country. At first, she says, she was a little offended. “OK, yes this country is Muslim, but we are democratic and liberal. I am proud that this country has that flexibility, that, you know, I’m a Muslim, I’m a winemaker, and it’s not conflicting,” she says.

But that seems to be changing quickly. “Now I’m finding it hard to defend my country in the same way as I did a couple of years ago,” she adds.

As Ozcan’s team bottles hundreds of this year’s vintage Nif wines, she is reminded of how the new regulations have put her in a really tight spot. While Ozcan can court other professionals in the wine business, she doesn't really have any way to get to consumers. Even storefronts are supposed to take down alcohol ads visible to the public.

For wine, it's all about making your brand stand out from the rest, and Ozcan says the restrictions cover everything she could do to get Nif’s name out there. “I can’t have people taste my wine, to see how it’s different from the other ones. I can’t talk about it; I can’t give brochures; I can’t even show my wines on my website; I can’t make events like wine tasting,” she says.

If companies are found violating the law, they can be charged anywhere from $2,500 to $250,000. Ozcan isn't the only one facing a new reality with the promotion ban.

Deniz Huysal, the Editor-in-Chief of TimeOut Istanbul, said the Turkish version of the magazine lost 20% of their ad revenues because of the new rules. A magazine about life in the city, TimeOut also regularly recommends restaurants, bars and cocktails.

“You can’t create anything that’s going to 'enhance the wish to consume more alcohol,'” says Huysal, so they will have to be more careful about what they recommend. “I’m not sure how much would entice a person to go and consume. That’s pretty broad, you know.”

Until they can figure out exactly what could get them into trouble, TimeOut Istanbul’s English edition has suspended a popular column that recommends Turkish wines from the country’s burgeoning boutique industry. But it's not just small producers feeling the squeeze. The big boys could be in trouble as well.

Raki is a traditional Turkish liqueur made from anise seed. Yeni Raki is Turkey’s biggest brand, and is often advertised in some pretty exciting commercials. Ads often feature raki playing a big part in a night out on the town with friends and family, as they clink glasses and sing along to music over the course of the evening.

Yeni Raki’s parent company, Mey Icki, is owned by Diageo, the world’s largest producer of spirits. When asked about Turkey’s new promotion and advertising ban, a company spokesperson said they’re still committed to their business in Turkey, and they see plenty of value in their Turkish products. They said net sales have been up 8 percent so far this year.

But it's hard to see how that will continue. Yeni Raki — and Turkey’s largest beer brand Efes Pilsen — used to sponsor concerts and festivals. Now, their brands can't be visible in public, or on TV. When images of alcoholic beverages do show up, they must be blurred, the way Turkey does for cigarettes, which is exactly the comparison the government is making.

Turkey’s Prime Minister Recep Tayyip Erdogan explained earlier this year that his government is banning the promotion of booze — as it did with the promotion of smoking ­— to keep people safe and healthy.

But Ozcan doesn't buy it. She says there are lots of things dangerous to people’s health, but unlike booze, they are not forbidden in Islam. “If you consume something too much it can harm you. Like fast food, isn’t that harmful? It’s harmful. It’s like all that fat, trans fat," she says. "Do they have labels? Do they warn kids about that? Do they have any restrictions on advertisement on McDonalds or Burger King or any kind of thing? They don’t.”

At this point, Ozcan says she feels abandoned by a government that gave her a license to produce something she can't promote anymore. She and the rest of Turkey’s alcohol producers will probably have to start looking abroad to sell their products.

On the bright side, says Ozcan, maybe it is a good thing that Nif wines go global sooner rather than later.