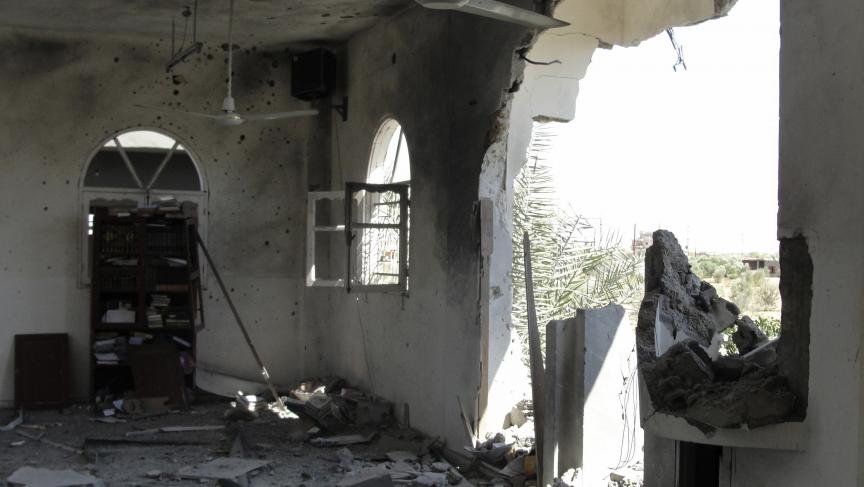 Debris is seen in a mosque damaged from assaults on militant targets by the Egyptian Army, in a village on the outskirts of Sheikh Zuweid, near the city of El-Arish in Egypt's Sinai peninsula September 10, 2013.

When Nadine Marroushi first arrived in the northern Sinai Peninsula in Egypt recently, she saw a restful, even quiet, place. But that didn’t last for long.

“Literally 15 minutes later, I saw a roadside bomb go off as an army APC [Armored Personnel Carrier] turned a corner,” she recalled.

The Egyptian army is waging a campaign against Islamic militants in the region and Marroushi is one of just a few Western journalists who have been able to visit the area and report on what they've seen.

Her report in Slate Magazine paints a dark picture of what is happening there. And civilians have been caught in the middle of the Egyptian military’s campaign.

“What I found was pretty shocking. I found a lot of civilian homes coming under attack, I found that a woman had been killed, a child had been injured,” she said.

The Northern Sinai was neglected, Marroushi says, during the government of Hosni Mubarak, who was forced from power some two years ago during the Arab Spring protests. But the Sinai, with its border with both Israel and the Palestinian Gaza Strip, has always been a flash point.

And that's meant restrictions on the population. Under Mubarak, local residents were banned from the police force and from serving in managerial positions in government — forms of discrimination that continue today.

Militants have used Mubarak's ouster, and the resulting instability across Egypt, as an opportunity for attacks on the Egyptian army and police.  Those forces, in turn, have responded with this crackdown.

“People on the ground are afraid," Marroushi said. "So many people were crying out for help saying, 'who do we turn to?'"