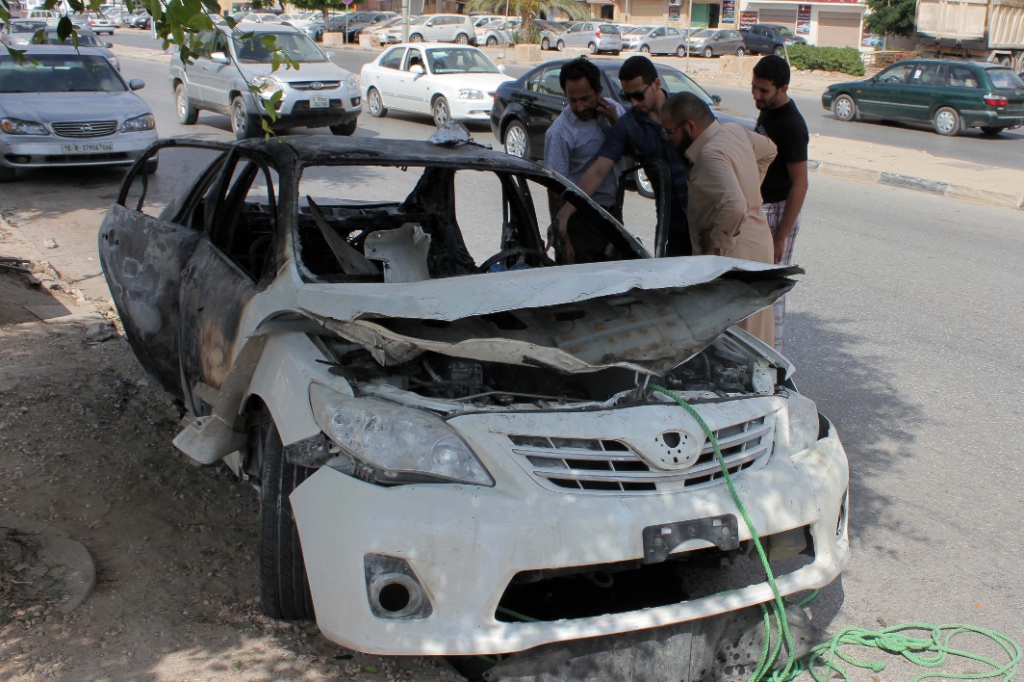 Libyan men inspect the wreckage of a car on August 6, 2013 in the eastern Mediterranean city of Benghazi. A bomb exploded under a car in Benghazi killing the driver, a security official told AFP, the latest in a wave of violence to hit the restive city.
Credit: ABDULLAH DOMA
Share

A car bomb exploded outside a consulate used by Sweden and Finland in Libya's Benghazi on Friday, damaging the building but leaving no reported casualties, according to Reuters.

"We are fine the building is not fine," a consulate official told United Press International.

Eight or nine people, including Finland's honorary consul, were said to be inside the building when the bomb was detonated, reportedly by remote control, reported the Associated Press.

Swedish former honorary consul Anders Nilsson told Swedish media by phone from Benghazi that the building's "doors were ripped up by the blast," said the AP.

The AP noted that Sweden and Finland are among the last countries with still-functioning diplomatic posts in Libya.

The attack comes just a day after Libyan Prime Minister Ali Zeidan was abducted in broad daylight by gunmen allegedly angered by a US raid in Tripoli last weekend.

The kidnappers claimed to have "arrested" Zeidan on official orders, but the nation's justice minister denied the claim, according to BBC News. The prime minister was released hours later.

No group has taken responsibility for Friday's attack in Benghazi, and the Swedish Foreign Ministry had no immediate additional information, according to Reuters.