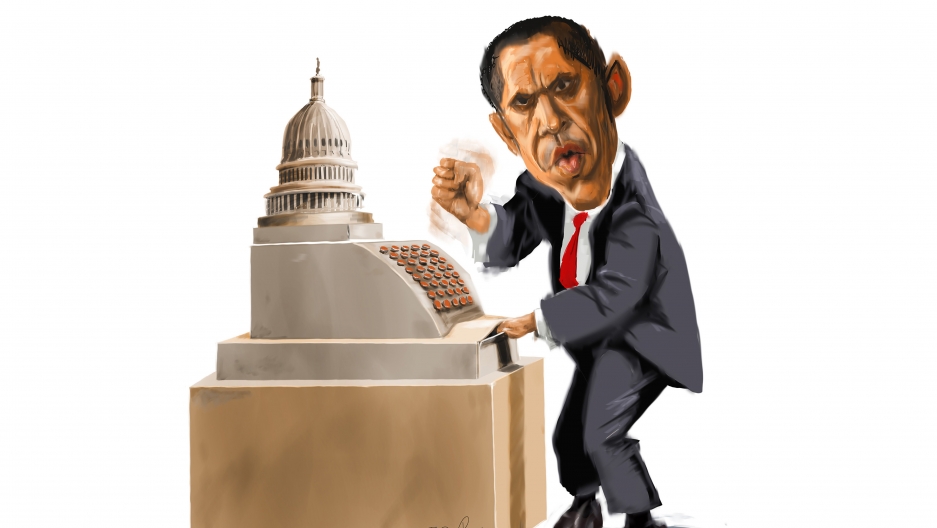 We know that CCTV is a growing presence in many of our lives. But, UK's Independent reveals even the remote Sumatran rhinos of Borneo are now under surveillance.

This Sumatran rhino was caught on film in an area where it was believed to be extinct.

Incredible footage from the Pallin project in Sweden, courtesy of The Guardian, where climate change scientist have caught a glimpse inside a huge ice tunnel revealed by shrinking glaciers.

Libya’s fragile stability has been further shaken by the arrest (and subsequent release) of Prime Minster Ali Zeidan.

Earlier this week, the BBC’s Tim Whewell reported on how Libya’s militias have held onto power regardless of ‘democracy’. And he touched on the prime minister's efforts to rein them in. Coincedence?

Vancouver's national aquarium is investigating the widespread death of sunflower sea stars off the city's coast. According to the National Post, the mass die-off comes on the heels of an explosion in starfish population, leading some to suspect the population boom made it easy for diseases to pass among the fish.

Where not to put a polling booth

“There is no way women and Christians will vote in shrines or evil forests.”

The Nigerian Telegraph brings news of a new kind of electoral fraud. According to the government's election commission, in past elections polling booths were placed in culturally sensitive areas known "evil forests," as well as religious shrines. But that's now set to change.

Reuters has a report that lays out in sometimes stunning detail how it was the country's police force, and not the military, that deposed democratically elected President Mohammed Morsi. It was a final measure of revenge for the deaths of police and prison escapes during the initial revolution that swept Hosni Mubarak from power.

The Christian Science Monitor has been exploring a growing backlash against Malala Yousafazi in her native Pakistan. Yousafazi is the school girl who was targeted by the Pakistani Taliban for advocating for women's rights. The backlash paints in stark relief the country’s complex relationship with the west.

Get Ready for Record Temperatures ... for the Rest of Your Life - @TheAtlantic http://t.co/IYcuDDFu3U #climatecliff

Tropical Cyclone Phailin continues to swirl off the coast of India, creeping toward the subcontinent over warm waters at a paltry 8 mph — perfect conditions for an intensifying storm. Predictions have the cyclone becoming a typhoon with a strength between Category 1 and Category 3 before making landfall Saturday. According to Weather Underground, the storm is set to make landfall in an area highly suceptible to storm surge — potentially causing millions of dollars in damages and dozens of deaths. Meanwhile, Tropical Storm Nari is churning toward the Philippines, also expected to make landfall over the weekend.