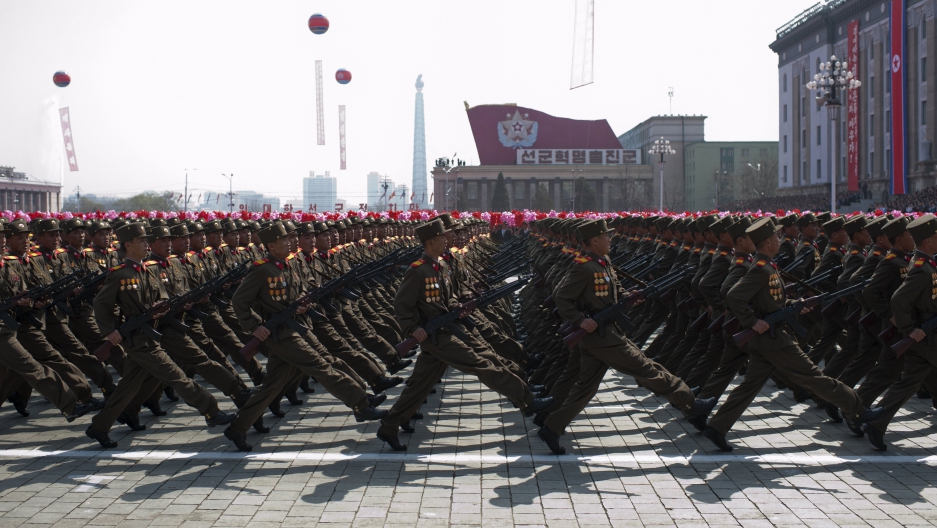 SEOUL, South Korea — For foreign investors, North Korea has long been akin to a dark, forbidden outpost in a distant galaxy.

It is among the most difficult countries to navigate. Its dictator, Kim Jong Un, oversees a heavily sanctioned nation and, by some measures, one of the poorest and most corrupt.

In other words, it's not exactly an entrepreneur’s dream.

Yet over the past decade, the regime has begun to relax some control over its borders and its centrally planned economy, opening space for small-time trading activities.

The changes have been sufficient to attract a small but intrepid group of frontier market entrepreneurs, determined to harvest a profit from this untapped market.

Among the biggest obstacle is United Nations sanctions, explains Felix Abt, a former pharmaceuticals executive in Pyongyang, and author of the memoir A Capitalist in North Korea.

Abt, a Swiss investor who now lives in Vietnam, ran a pharmaceutical company called PyongSu during the late 2000s. The company churned out medicine for the small but growing market of North Koreans who can afford it.

In 2006 and 2009, the United Nations passed its first two rounds of sanctions, putting the future of Abt’s business in question. The manager worried he would no longer have access to chemicals needed to process food and pharmaceuticals.

The reason? Those materials could theoretically be used in chemical weapons, making them so-called “dual-use products” with military and civilian applications. Dual-use products are banned under the current system. North Korea is believed to be one of four remaining nations with a chemical weapons stockpile.

The UN enacted the sanctions to hinder North Korea as it reportedly sought to develop weapons of mass destruction. Governments were acting in response to rocket launches and underground nuclear tests.

But, Abt explains, there’s a flipside to anti-nuke efforts: average North Koreans suffer. “Without these banned products,” he told GlobalPost, “the quality and safety of these consumer goods are compromised.”

While living in Pyongyang, Abt’s life insurance plan was revoked, and he says that LinkedIn shut down his profile page after noticing his North Korean address.

Other experts run into problems even though their projects aren’t covered by sanctions at all.

In August, the British bank Barclays informed North Korea scholar Andray Abrahamian that his account was beingclosed, declining to give an explanation on the grounds of confidentiality.

Abrahamian is the executive director at the Choson Exchange, a non-profit based in Singapore that puts together business training sessions for young North Koreans. But the sanctions don’t cover educational exchanges. He has since found a new bank, he told GlobalPost.

Abrahamian thinks his group’s connection to North Korea was to blame for Barclay’s move. Banks and multinational companies shy away from organizations that could carry any liability related to North Korea. Many fear they’ll run afoul of sanctions, or that their dealings will end in public-relations disasters.

In this case, “Choson” — which is what North Koreans call their country —  may have tipped off the bank.

Yet sanctions are only one matter that has dampened investor interest. “The legal framework, credible commitments, and infrastructure have to be right,” said Daniel Pinkston, a Seoul-based analyst at the International Crisis Group.

North Korea is lacking in all three, which explains why North Korea’s promises of reform haven’t translated into larger amounts of foreign direct investment.

Despite those barriers, firms from China and Mongolia have fared somewhat better. Last year, a Mongolian oil company bought a 20 percent share in a North Korean refinery, possibly signaling that top officials were under pressure to attract foreign investment.

Chinese companies have also been active in the handful of special industrial zones opened in North Korea since the 1990s.

But these suitors have an advantage over their Western counterparts: Many have secured guarantees from “high-level political figures who somehow are perceived to be credible,” said Pinkston.

China, for instance, can use its diplomatic clout and trade agreements to ensure Pyongyang holds up its end of the bargain, Pinkston said. In a market that remains underdeveloped and potentially lawless, that’s one of few ways to ensure recourse.