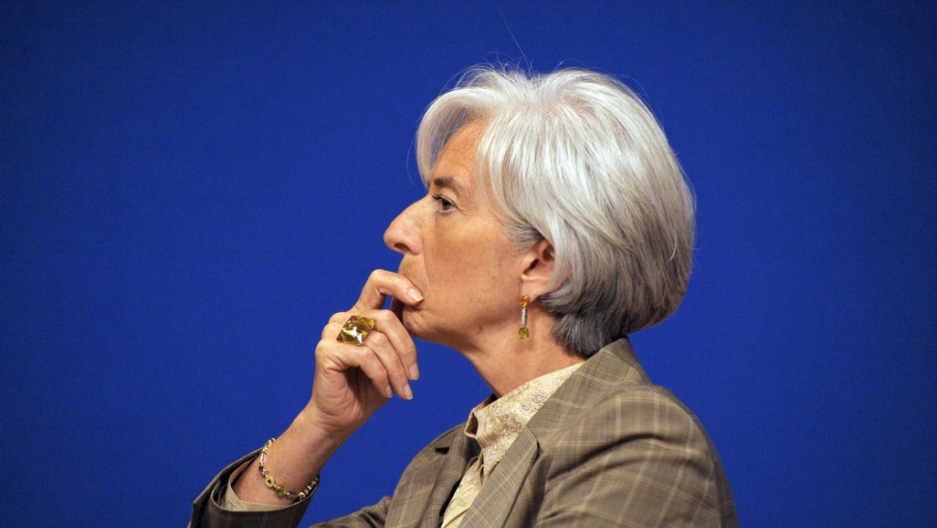 As I noted earlier this week, China and Japan — America's two largest foreign debt holders — aren't pleased with the US government's ongoing shutdown, or the looming possibility of a debt default.

They are not alone.

Today, the fueding kids of Washington got a stern talking-to by International Monetary Fund chief Christine Lagarde, who urged the leaders of the world's largest economy to put their "fiscal house" in order.

Raise the debt ceiling, she urged, before the Oct. 17 deadline. Here's the public dressing-down, which, for economic-speak, was rather direct:

"Obviously, we know, and you know by now, that failure to raise the debt ceiling would cause not only serious damage to the US economy but also to the global economy as a result of the spillover effects," Lagarde said. "It is not helping the US economy to have this uncertainty and this protracted way of dealing with fiscal issues and debt issues," she added, according to the AP.

Largarde's criticism came as the IMF and World Bank opened annual meetings in Washington — just blocks from the drama unfolding at the White House and Capitol Hill.

World Bank president Jim Yong Kim also got in a good shot. He warned a US default would raise borrowing costs for developing nations around the world.

"Even a near miss will have a real impact on developing countries," Kim said. "So we urge all policy makers to move quickly to come to some resolution."

It's almost enough to make one long for the good old days of the euro crisis.