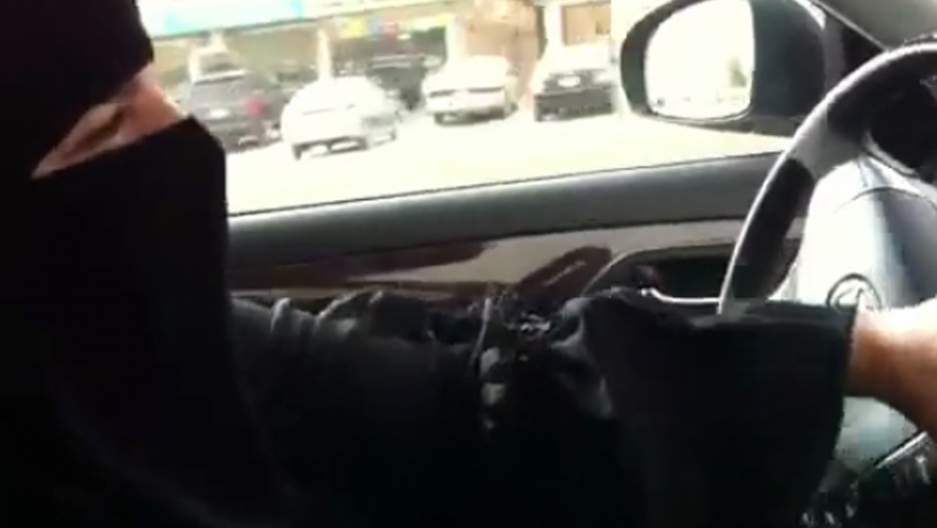 Women's rights have advanced across the world, and legislation is catching up with the times. In most modern countries, gender equality has been codified into the system.

But not everywhere. Unfortunately, some retrograde legislation against women persists — and some laws are just downright incomprehensible.

"If a woman drives a car, not out of pure necessity, that could have negative physiological impacts as functional and physiological medical studies show that it automatically affects the ovaries and pushes the pelvis upwards," said Sheikh Lohaidan on the news website Sabq.org, as translated by the BBC.

Unsurprisingly, women's rights activists around the world were horrified by the statement, which bolstered groups planning an Oct. 26 protest against the driving ban. Thousands of signatures have been gathered, and many women are expected to defy the licensing law that places a de-facto ban on female drivers in the kingdom.

The medical establishment also came out against Sheikh Lohaidan's statement, after Saudi gynecologist Mohammed Baknah said on the privately-owned Rotana channel that no medical studies prove that driving harms women's reprodutive health, per the Associated Press.

Motorcycles are the main mode of transport in much of Southeast Asia, which means that many women spend the majority of their day astride a motorbike. That's a problem for lawmakers in the Lhokseumawe district of Aceh, who introduced a law in January banning women from riding astride motorcycles, and also barring them from holding onto the driver for support.

Aceh is Indonesia's most conservative region, and Mayor Suaidi Yahya said the ban was needed because it "provokes male drivers" when women straddle motorbikes, although women will still be permitted to assume the position if they're driving.

The Aceh rule is not the only pending legislation directly impacting the lives of women in Indonesia. Legislators in south Sumatra and in East Java are reportedly mulling over the possibility of subjecting young women to a "virginity test" before they are allowed to attend school, a move many women's rights advocates are denouncing as both retrograde and invasive — not to mention highly inaccurate.

Parisian women have been wearing trousers for well-nigh a century now — but that doesn't change the fact that they were technically violating the law until January of this year.

An archaic law on the books in Paris, set all the way back in 1800 in the aftermath of the French Revolution, bars women from wearing men's clothing without seeking "special permission," perhaps helping to prevent them from taking a prominent role in the era's social upheaval, according to the Atlantic.

The measure somehow stood until the modern era, only amended in 1892 and in 1909, to allow women to wear trousers without prior permission "if the woman is holding a bicycle handlebar or the reins of a horse," according to the Telegraph.

Women were granted equal rights to men in the 1946 French Constitution, but the law remained, as the Paris Prefecture deemed the law irrelevant to the times and not worth the hassle of removing (a decision presumably not made by a woman wearing pants).

But the challengers to the old rule wouldn't give up, and in 2012, the French minister of women's rights, Najat Vallaud-Belkacem, publicly deemed the rule "incompatible with the principles of equality between women and men that are written into the Constitution and in France's European commitments."

Americans may think they've attained a state of relative gender parity, but some antiquated laws still on the books in a number of states indicate otherwise. Although these bizarre laws are no longer enforced by any reasonable police agency, they're also hard to remove: meaning that some of these odd strictures are still technically valid. Here's a sampling:

- California law prohibits a woman from driving while wearing a housecoat.

- The Florida Code of Laws prohibits unmarried women from parachuting on Sundays, a stricture that is probably news to a number of sky-diving loving ladies.

- Until 2002, it was illegal to curse in front of women and children in Michigan. The 1897 law was thrown out after a kayaker was accused of letting loose a volley of obscenities in 1999, which he claimed was a violation of First Amendment rights. The foul-mouthed of Michigan are now safe.

- It's supposedly illegal for men and women to flirt on the demure streets of Little Rock, Arkansas. Flirtation could result in a 30-day sentence. Odds are this one is not often enforced in the modern era.

Is wearing a miniskirt illegal in Swaziland? A media uproar over a controversial law in the small African nation indicates the jury may be out.

According to a profusion of media sources in the summer of 2012, lawmakers in the small African nation had decided to start enforcing an archaic 1889 law against "immoral" dressing after they allegedly received complaints from men about women wearing miniskirts on the street, according to the BBC.

Women who are cited under the rule supposedly could receive a $10 fine or a jail term of six months.

Swaziland's government officially denied that any such rule was on the books, claiming that a law of that nature would conflict with their constitution, according to the Mail and Guardian.