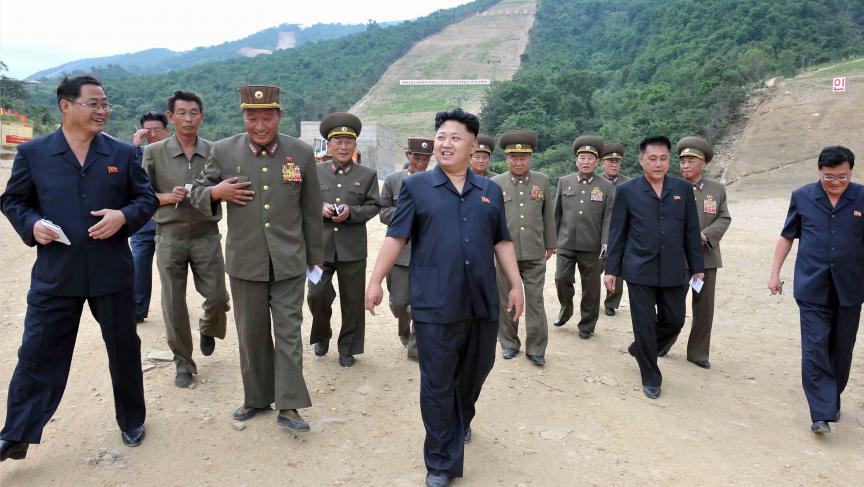 North Korea is a reclusive and authoritarian country - not a typical destination for tourists.

But the government of Kim Jong Un is trying to change that with a multimillion-dollar ski resort.

Associated Press reporter Eric Talmadge wondered why the government would prioritize this project when only about .02 percent of North Koreans know how to ski. So, a little over a week ago, he made the four-hour drive from Pyongyang to Masik Pass, where the resort is being built.

The first thing Talmadge noticed was young workers carrying blocks of concrete on their backs up a hill. They were part of a huge force of builders rushing to finish the resort.

"It's quite a site to see... They have hundreds, maybe even thousands of what they call soldier-builders," Talmadge said. "They were scouring the mountainside trying to put the final touches on the resort."

Workers began construction 10 months ago and the government planned to ceremonially open it today, on the anniversary of the founding of the Korean Workers Party.

However, it will be at least a few months before anyone goes skiing there. When Talmadge visited a week and a half ago, two hotels with hundreds of rooms were just shells, and builders were scrambling to make plans for the third ski lift, after Switzerland blocked the sale of ski lifts and cable car equipment, valued at $7 million, to North Korea because of sanctions.

"[He told me,] 'We can build nuclear weapons and rockets; we can build a ski lift," Talmadge said.

North Korea is hoping the luxury resort will attract foreign skiers not only from South Korea and China, but around the world. The government also plans on sending particularly hard-working or loyal North Koreans to the resort as a reward, even though they might not know how to ski.