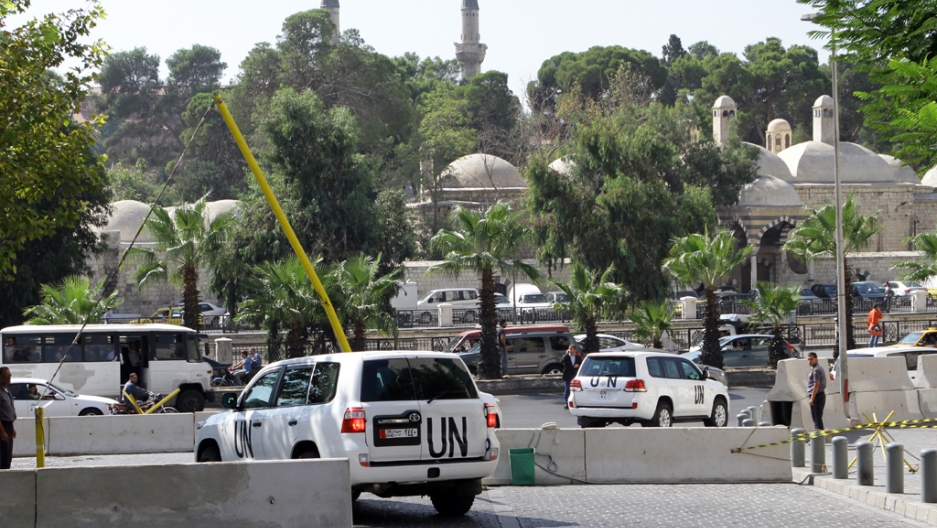 Chemical weapons inspectors have accessed three sites in Syria so far, a spokesman for the Organization for the Prohibition of Chemical Weapons said Thursday, according to the Associated Press.

The sites, linked to Syria's stockpile of chemical weapons, were all in regime-controlled areas. The group plans to access 20 such sites, according to the AP, some of which may be beyond rebel-held territory.

Syrian President Bashar al-Assad and the disparate rebel groups seeking his overthrow have accused each other of using chemical weapons during the brutal civil war, though Western nations maintain that only Assad's regime has the capability to launch large-scale chemical weapons attacks like the one that reportedly took place on Aug. 21 outside Damascus.

A report released by United Nations inspectors in September confirmed evidence of chemical weapons in the attack that claimed hundreds of lives, though it did not go so far as to assign blame.

A US-Russia brokered deal gives the Assad regime until mid-2014 to either turn over or destroy its chemical weapons. Assad agreed to the UN Security Council-backed plan under the threat of military action from US President Barack Obama.

The OPCW, which will oversee ridding Syria of its chemical weapons stockpiles, has to decide what technology it will use to destroy the weapons by Nov. 15.

US officials told Reuters anonymously that the Pentagon wants the OPCW to use an American-built unit already in Syria to destroy the weapons.

The group must work quickly, but the investigation is constantly threatened by the war. Over 100,000 people have been killed in the conflict in Syria, and violence continues as the rebels and the regime fight for control.

OPCW head Ahmet Uzumcu called for cooperation on Wednesday, saying if "some temporary ceasefire could be established in order to permit our experts to work in a permissible environment .. . I think the targets could be reached," reported Xinhua.