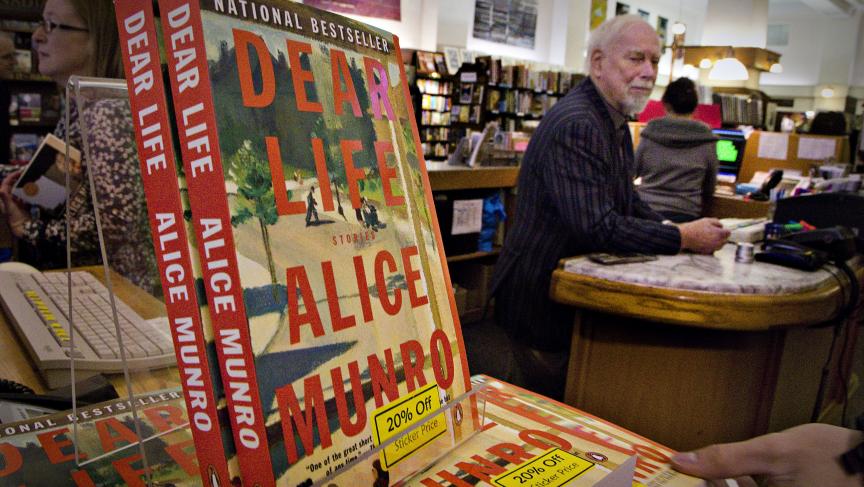 Canadian writer Alice Munro woke up to a phone call from her daughter breaking the news that had been named the 2013 Nobel Prize winner for Literature.

She wasn't the obvious choice or the favorite. Many had bet on the Japanese novelist Haruki Murakami. But Canadian-American writer Claire Messud rejoiced in the choice.

"As a reader you love a writer and it feels like a personal love affair, and then it's hard in a way to explain," said Messud. "The real trick is if a writer can make many, many people feel that way, and she does."

Alice Munro is not one for the limelight. The author lives in a small town, not far from where she grew up in Wingham, Ontario. Messud remembers many years ago accompanying her husband to do an interview at Munro's home in that small Ontario town.  When they got lost on the way, and stopped to ask Munro's neighbors where she lived, they eyed her and her husband with suspicion.

"Everybody knew, but nobody was going to tell us because they knew she didn't like visitors," said Messud.

Munro came of age as a writer in the 1960's, when being a female writer in Canada was, as Margaret Atwood put it, "still sort of like being a freak."

"For a Canadian woman, it meant breaking some sort of traditions and stepping out of line," said Messud.

And Munro's stories and characters are anything but "in line."

"Alice Munro's characters are very complicated, spiky people. They are not easily likeable. They are not cuddly and loveable," said Messud. "They are people with highly idiosyncratic psyches and strange behaviors and unpleaseant longings. She is completely unafraid and that's part of her genius."

Munro is the 13th woman to win the Nobel Prize for literature in 112 years of the prize.