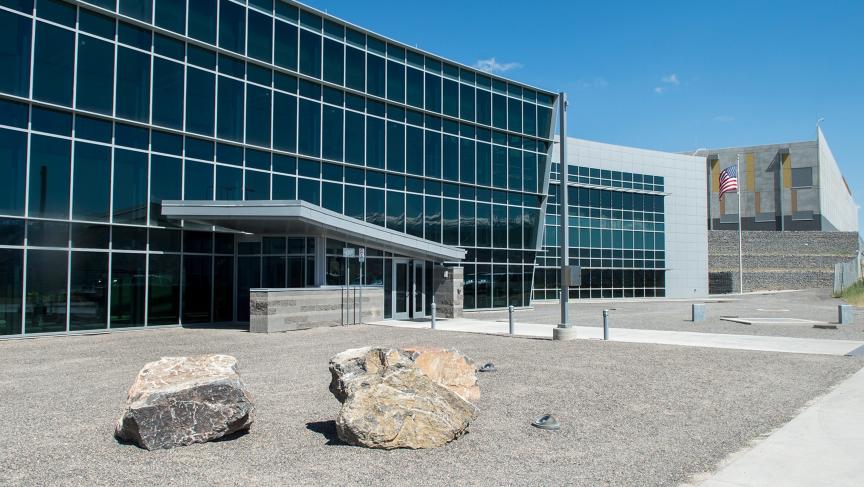 The new National Security Agency (NSA) Utah Data Center facility is seen under construction in Bluffdale, about 25 miles (40 km) south of Salt Lake City, Utah in this NSA file photo shot in May of 2013 and released to Reuters July 9, 2013.

The National Security Agency's Utah Data Center is huge, with a footprint in the Utah desert of more than 1 million square feet.

It's being constructed as a warehouse of sorts for NSA data — though exactly how it will be used is a closely guarded secret.

But that it's having a hard time getting up and running is becoming well-known.

Siobhan Gorman, the Intelligence Correspondent for the Wall Street Journal, reports there have been 10 power meltdowns at the new facility over the past 13 months. These surges make it difficult to do something as simple as plugging in a computer.

This delay certainly isn't making life easy for one of the nation's largest spy operations.

"There's enormous pressure for the NSA to get this center up and running," Gorman said. "They see it as absolutely critical to their mission."

The cause of the surges continues to puzzle the contractors building the data center. It's been under investigation for more than a year, but the slow crawl toward an answer may be due to the sheer number of contractors and sub-contractors working on the building:

It took six months for investigators to determine the causes of two of the failures. In the months that followed, the contractors employed more than 30 independent experts that conducted 160 tests over 50,000 man-hours, according to project documents.

The failures are also expensive. Gorman reports each failure causes about $100,000 in damages. In September, contractors told the NSA they thought they had identified the problem and were in the process of fixing it.

But the the US Army Corps of Engineers, which has been dispatched to try and help with the problem, isn't so sure. The agency said there's no proof yet that the contractors are correct in identifying the problem.