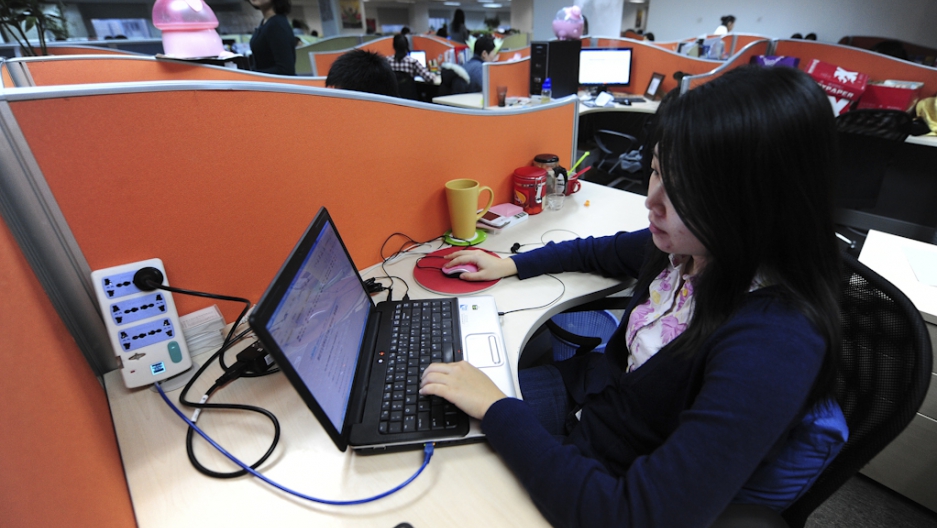 OK Americans, enough water cooler chitter-chatter! The nation's workforce has some serious catch-up to do, according to an international report released Tuesday that ranked the US below average on key workplace skills.

Researchers with the Program for the International Assessment of Adult Competencies tested 166,000 adults ages 16-65 for proficiency in skills like literacy, math and problem-solving tied to technology.

They found these were the strengths key to professional success and essential for overcoming class divisions in the 24 countries surveyed.

A nation's achievements in this regard also paid off handsomely, the study found:

If this be the sign of economic success, America's prospects are not so good.

They are way behind. How behind? On reading, the nation came in fifth below average, according to page 29 of the study run by the Organization for Economic Co-operation and Development (OECD).

How about "proficiency in problem solving in technology-rich environments"? America may be home to Silicon Valley, but the nation came in third below average (see page 87).

US Education Secretary Arne Duncan released a statement saying the skills issue must be addressed, otherwise "no matter how hard they work, these adults will be stuck, unable to support their families and contribute fully to our country," she said, according to the Associated Press.

Top-scorers on these three categories were nations like Japan (the nation is way ahead on math and reading), Finland, Canada, Netherlands, Australia, Sweden, Norway, Belgium, and the Czech and Slovak Republics. China and India were not represented.

Researchers also found that it was harder for people to gain literacy in the United States in comparison with other nations, the AP said.

Responding to the study, Anthony Carnevale of the Georgetown University Center on Education and the Workforce told the AP: "It's not just the kids who require more and more preparation to get access to the economy, it's more and more the adults don't have the skills to stay in it."

The study can be seen in full here.