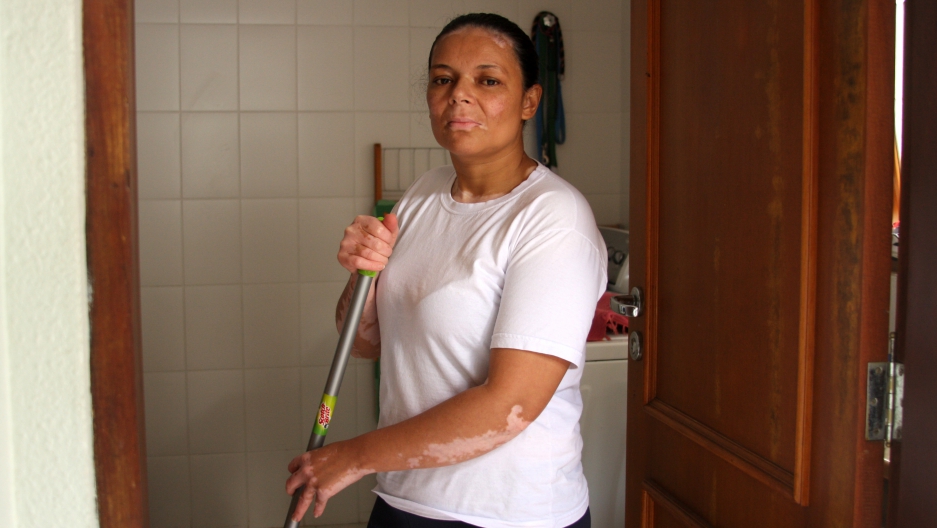 In the Paraisopolis favela, or slum, in Sao Paulo, Edivaldo Ferreira collects the letters for his neighbors. His small pet store is a de facto sorting office for local mail carriers wary of ducking into the slum alleys. They give the letters and bills to Ferreira, who stacks them in an old birdseed box behind the counter.

Increasingly these days, the mail consists of default letters.

Everyone in the favela is up to their neck in debt, the pet store owner said. Sometimes people don’t check their mail for a few days. They scurry past quickly, avoiding his shouts about the envelopes waiting for them.

In the heyday of Brazil’s so-called economic miracle of the 2000s, the country gorged on debt. Brazil’s banks lowered their underwriting standards, making credit suddenly easily available to new segments of the population.

And, as millions rose out of poverty, they turned to plastic and alluring installment plans to finance new homes, cars and goods.

Then, as the South American dynamo retreated in 2011 and 2012, consumer credit defaults spiked, rising by more than 20 percent in the first six months of 2011, according to Seresa Experian, a ratings agency.

The letters in Ferreira’s birdseed box started to dish out the shameful status of “nome sujo,” or dirty name, to favela residents, whose bad reputation left them blacklisted from the credit market.

Interviews with several families in Sao Paulo, Brazil’s largest city, suggested the guilt of that debt is mounting. It’s now adding to pressure on a population seething at political corruption, seemingly endless inflation and lavish spending on sports venues for next year’s World Cup and the 2016 Olympics.

For those struggling to make ends meet, a dirty name was just one more reason to hit the streets in protest last June, when an estimated million angry residents jammed onto cities across the country in marches that went on for days.

“People in Brazil find that they now have an amount of debt that’s unmanageable,” said Lewis Mandell, a professor emeritus at the State University of New York at Buffalo, who has written several books on the history of the credit card industry.

“All across society, people are losing confidence.”

The debt trap reaches far beyond the favela.

According to a June report from the International Monetary Foundation, credit defaults in Brazil have been increasing since mid-2010. The flood of dirty names has come with other signs of financial stress, such as more bounced checks and missed car loan payments, the report states.

Madalena Alexandre da Silva is one of millions of Brazilians struggling to keep her name clean.

The maid and mother-of-four recently won a government raffle to buy a 450-square-foot apartment, which she shares with three of her children.

Da Silva’s 1,700 reais-a-month ($768) salary is the only income supporting that household and her fourth child, who now has a child of her own and lives with the father’s family.

The mortgage on da Silva’s apartment eats up 420 reais ($190) of her salary. The rest goes to four things: food, bills, bus fares and debt.

Like many of her friends, da Silva has built up credit card debt.

Da Silva got the cards a few months ago, when she was unemployed.

She acknowledged she shouldn’t have borrowed “pretend money,” as she called it. Her faith in the system to provide for her children was nonexistent, she said, so she turned to plastic for help.

Now she’s working and struggling to pay them off.

“It’s not much for people who have something,” da Silva said. “But if you have nothing …”

The debt would be growing, swallowing her up, she said. But she managed to negotiate with the card companies, setting up nine monthly payments to be rid of the debt forever.

Economists have been sounding the alarm on Brazilian consumer debt. The country’s household debt as a percentage of disposable income reached a record high of 44.8 percent in June, according to Moody’s ratings agency.

Debt is just one of the hangovers from 10 years of booming economic times in Brazil, said Edmund Amann, head of economics at Manchester University in the United Kingdom, who studies Brazil’s economy.

While the economy has recently showed signs of picking up again, Amann said the last two years have been tough on Brazilians from all strata of society, and especially for those in the lower portion of Brazil's massive middle class.

A devalued currency has pushed unemployment and inflation up, he said.

And economic bottlenecks and an infrastructure that needs government investment have dragged Brazil down.

Professor Paulo Roberto Feldmann, of the faculty of economics, business and accounting of the University of Sao Paulo, agreed.

“What is really problematic and in my opinion is a big issue is the debt of families,” Feldmann said. “Brazilian families, at this moment are really in a delicate situation.”

As such, letters like those piling up in the seed box in Ferreira’s pet shop provide more than just bad news for their recipients. They’re an extra turn of the screws to a population already wound up tight and ready to break.

This article is part of an in-depth series on how Brazil's harsh household economics spurred a mass protest movement and still bubble under the surface of Latin America's biggest nation.