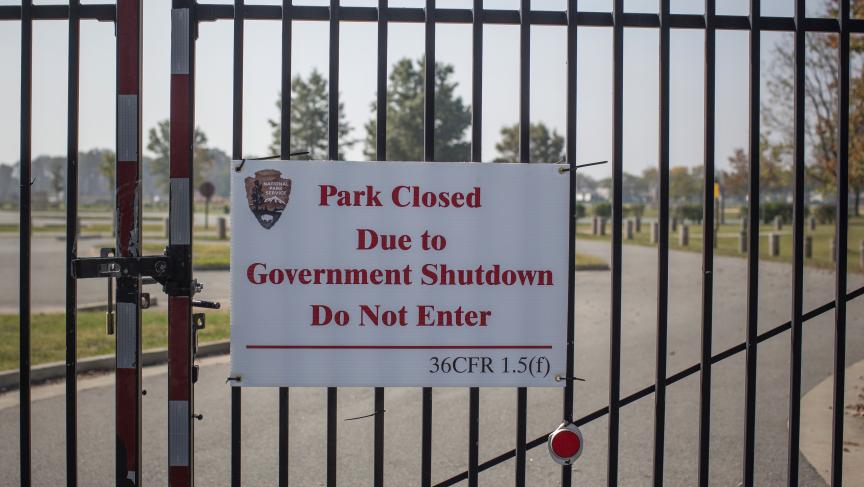 A sign at the entrance of the World War Veterans Park at Miller Field in the borough of Staten Island is seen in New York, October 4, 2013.

The French are worried, says Laure Mandeville of the French daily Le Figaro. "Since we are part of the West, we are side by side by the Americans, and we worry about the weakening of America."

Mandeville is one of many reporters based in the US who have had to explain the government shutdown to their foreign audiences. Mandeville is the Washington correspondent for Le Figaro.

“We’ve been devoting a lot of space to Washington politics recently. We had a huge double-page on the eve of the shutdown and we are trying to explain the bi-partisan ideological divide which is reflecting the divide in the whole country,” she says. It's not easy for her.

Mandeville says what is happening in the US is very different from the government problems, and often the worker strikes, that cause crisis in France.

“It’s actually a pretty opposite situation because in France the paralysis has been coming mostly form the left," she adds. Europeans hear a lot about the Tea party being behind the US crisis.

While many cartoonists and writers around the world are making fun of the US, Mandeville says the shutdown is not a laughing matter for the French.

“We have so many problems in France, they have a different nature… but we are in deep crisis. I think rather than mockery, it is worry that people feel in France."