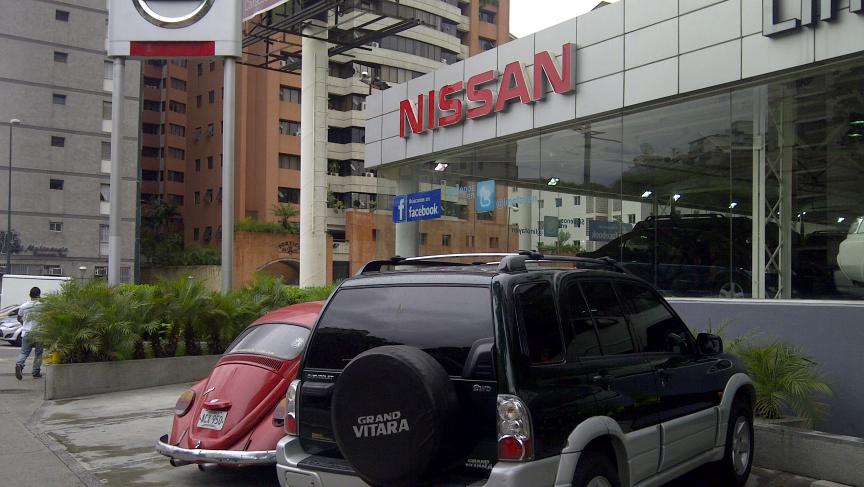 No new cars at this Nissan dealership in Caracas, Venezuela.

Venezuela, where it only costs a couple of bucks to fill up your tank, would seem like a great place to buy new car.  That's if you can find a new car. They're in very short supply.

"Cars are so scarce, they appreciate the minute you buy them and put them on the street -- almost 30-35 percent," says Robert Forester, who runs a Nissan dealership in the capital Caracas.

But, he says he hasn't had any new cars to sell since 2008, when the government of the late Hugo Chavez imposed limits on car imports to boost the national auto industry.

It's not just a lack of supply. With high inflation and government mandated-currency controls, Venezuelans are flocking to buy cars to safeguard their savings.

"The Bolivar is devaluing every day so it makes no sense to have Bolivars in your savings account," Forester says. "So what do people do? They tend to buy things; houses, cars, electronic equipment, everything you can get your hands on that somehow protects the value of your money."

Used cars are escalating in price, too.  Forester says his business is staying afloat by selling service and spare parts.

"In a sense, I'm not making money since 2008," he says. If things continue the way they have been going, he adds, they'll have to close the dealership.