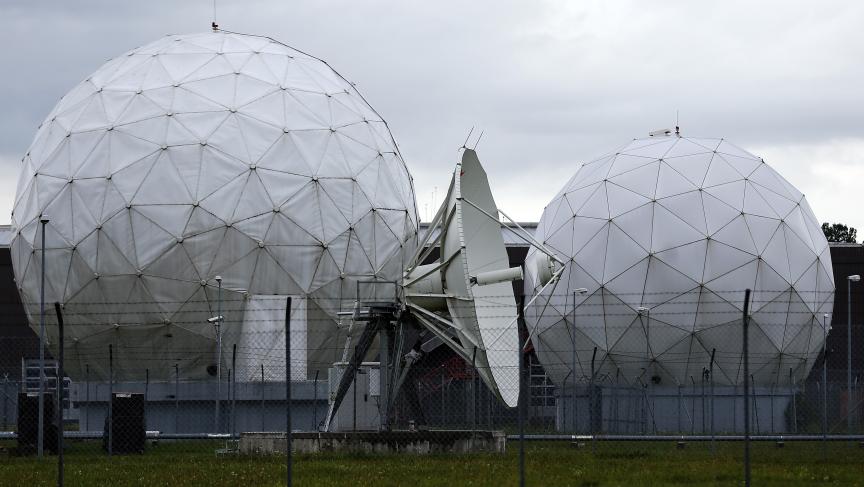 A satellite dish is seen in the former monitoring base of the National Security Agency (NSA) in Bad Aibling, south of Munich, on Aug. 13, 2013.

This week, the head of the National Security Agency denied reports that his outfit had run surveillance on Americans' social media accounts.

It did little to allay my fear and suspicion that everything I do online is being snooped on. That's when I came across an article by Christopher Mims: "This is the first interesting search engine since Google."

Mims is a tech writer for Quartz. His article is a fascinating look into a relatively new website called, Blippex. It's a project created by two guys from Berlin, Max Kossatz and Gerald Baeck. It's a project with an ambitious goal: reinvent the way we use Internet search engines.

You can distill the plan of Blippex in two simple steps: First, rank pages by how long people spend on a website. Second, make it private.

That second step is a doozy.

The idea of a safe and secure search engine is not a new concept. The Bay Area's DuckDuckGo created a private search engine several years ago. Blippex acknowledges DuckDuckGo heavily inspires its own privacy policy. The company even says so on its website. But Kossatz admits complete privacy is really an impossible task.

"The only thing we can do is make it really hard for everyone, especially (the NSA) to get the data."

I asked Ashkan Soltani, an affiliate of Harvard's Berkman Center, about Blippex. He took a cursory look at the meta-data it collects. Soltani says Blippex captures your IP address along with your browsing data. That raised his eyebrow. But he says when you compare the Blippex privacy policy to those of other websites, it holds up pretty well. The part that has him curious, though, is the long-term goals of the company.

"What will happen when someone comes knocking?" Soltani said.

Blippex plans to use a peer-to-peer network in the future, sort of like a Bit Torrent. Kossatz says he doesn't want any data, or to have any idea where it originates, just in case that knock comes. But there's little or nothing anyone can do to be truly NSA-proof. We're more like snails than surfers. We leave a trail.

Mims, the tech writer, provides this analogy. He says we need to think of our digital lives as a bicycle that we park outside. No matter what we do, no matter how many locks we place on it, a bike thief can find a way to steal it if that thief really wants to steal it.

"But what we can do is make it really hard, or rather, really, really annoying for someone to steal it," Mims said.

And if we really have to pass off secret information? Well, there's always the parking garage.

Then again, those usually are under surveillance, too.