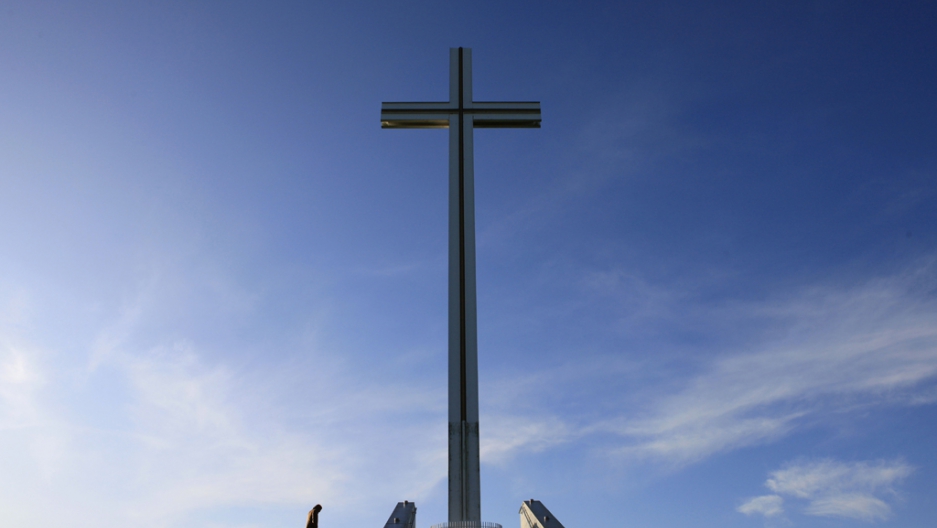 LONDON — Is there a less likely name for a political action group than Atheist Ireland?

One of the most Roman Catholic countries on earth, a nation where the Catholic Church and the state are joined at the hip, Ireland would seem barren ground for an atheist movement. Slowly but surely, though, Atheist Ireland is building momentum.

That the first steps are being taken to add atheism to the religious studies curriculum in Irish schools is proof of that. And the fact that no one has been threatened with excommunication over it further demonstrates how much the country is changing.

Atheism Ireland's founder, Michael Nugent, said outsiders shouldn't be surprised about the increasing tolerance for a non-believing viewpoint in Ireland.

"Public opinion began to change dramatically about five years ago," Nugent said. "Our job is to get politicians to realize that public opinion has already changed."

Education in Ireland is a perfect example of the close workings of church and state. In theory, Nugent explained, because the state does not set curriculum, it is not involved directly in education.

Instead, the Irish government designates "patron" bodies to run school districts. In practice, this means local bishops. More than 90 percent of Irish schools are Catholic. But all of their running costs are paid for by the government.

"The church gets taxpayers to pay for indoctrinating their children," Nugent said.

In recent decades, the NGO Educate Together has begun to set up schools in Ireland. The organization currently operates 68 elementary schools in the country.

Nugent is working with Educate Together to develop a pilot program to teach atheism as a "belief" in religion classes.

"It's important for children to be exposed to other faiths," he said. "In Catholic schools, religious education is seen as part of the process of faith formation. We think religious education should be about giving [students] information and saying, you make up your own mind."

Nugent has been a political writer and activist most of his life. He founded New Consensus, a peace group that protested against the IRA and protestant paramilitaries during the Troubles in Northern Ireland. Atheism Ireland, for him, is a natural outgrowth of that work; he has seen how religious identity can lead to murder.

Atheism Ireland started as an online discussion forum five years ago. There are now 300 paid members and several thousand in the wider AI community. But Nugent is trying to add atheism to the religious education curriculum, which begs the question: is atheism a belief, or is it a kind of faith?

"I don't have the hang-up some atheist activists have about the word 'belief,'" he said, when asked that question. "I have a belief: I am certain — as far as the evidence shows — there is no God."

Nugent offers this distinction for people of a similar point of view who find themselves in conversation with religious folk.

"There is a difference between belief and faith," he said. "Belief is something you think true that is supported by evidence. Faith is something you believe true disproportionately to the evidence for it."

It will be interesting to see how many people in Ireland have come round to his way of thinking in another five years.