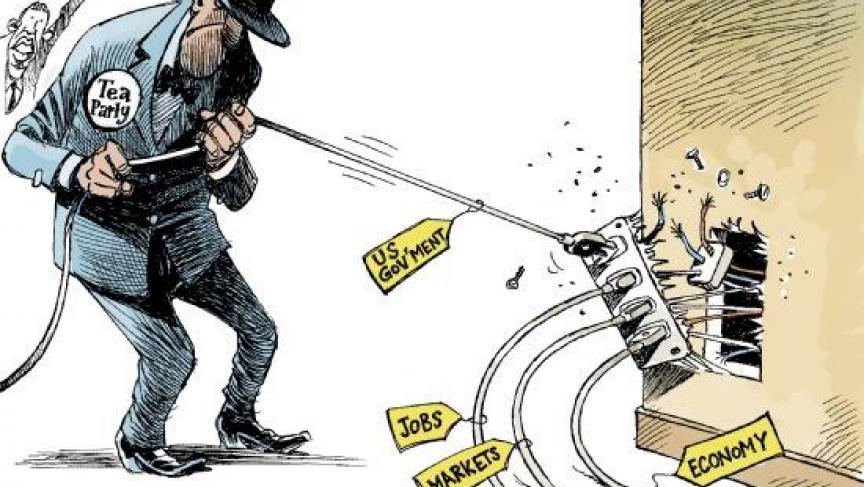 On Day 3 of the government shutdown, Swiss cartoonist Patrick Chappatte blames the Tea Party for cutting the juice to the federal government.

Urban life isn’t for everyone. There’s the traffic, the pollution, the lack of healthy food, according to The Guardian.

And that’s just if you’re a bee.

As the government shutdown heads into day three, here are the stories around the world that are catching our attention.

War, faith and YouTube get all mixed up in Syrian al-Qaeda rebel videos

It’s not your normal organizational recruitment video. Nevertheless, The Atlantic’s Joshua Koontz has been analyzing the curious mix of practical and spiritual objectives outlined in a recent posting by Syria’s al-Qaeda-affiliated rebel group the al-Nusra brigade.

What Would George Do? 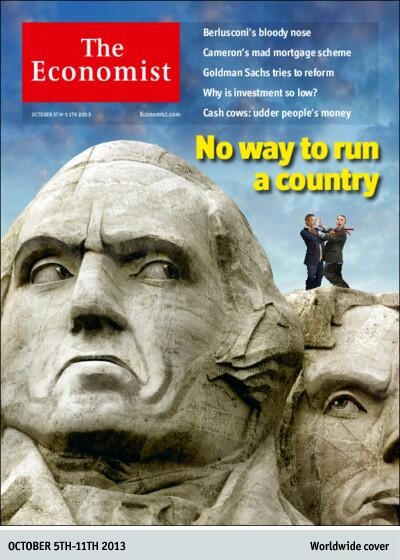 The Economist is out this week with the magazine's take on the US government shutdown: This is no way to run a county. The magazine hits stands on Friday.

We all know that politics can be a dirty game. But it doesn’t usually involve throwing chairs at your opponent.

Der Spiegel explains how a man who gained fame as a wrestler in a Spandex one-piece is now in charge of “economy, infrastructure and the implementation of Germany's Energiewende, or shift from nuclear to renewable energies” in his home state of Schleswig-Holstein.

It’s been a tough week for the Golden Dawn leaders in Athens, whom we introduced you to yesterday.

BBC Online has come out with a handy guide to who’s who in the leadership. It’s not pretty — but it does put faces to one of the most worrying movements in world politics. BBC Athens correspondent Mark Lowen has been speaking to former Golden Dawn members about threats to burn opponents alive.

Compelling and depressing in equal measure.

When is a Northern Irish militant an Islamist jihadi? When he's in court

The Irish news has a story of a bizarre court appearance this week by accused northern Irish Protestant militant Wille Frazer. What’s wrong with just a suit and tie?

A typhoon is brewing off the coast of China. Typhoon Fitow is located east of Taiwan and south of Japan, according to AccuWeather, moving northward. It's expected to eventually turn west-northwest and make landfall along China's eastern coast, between Beijing and Shanghai on Sunday or Monday.