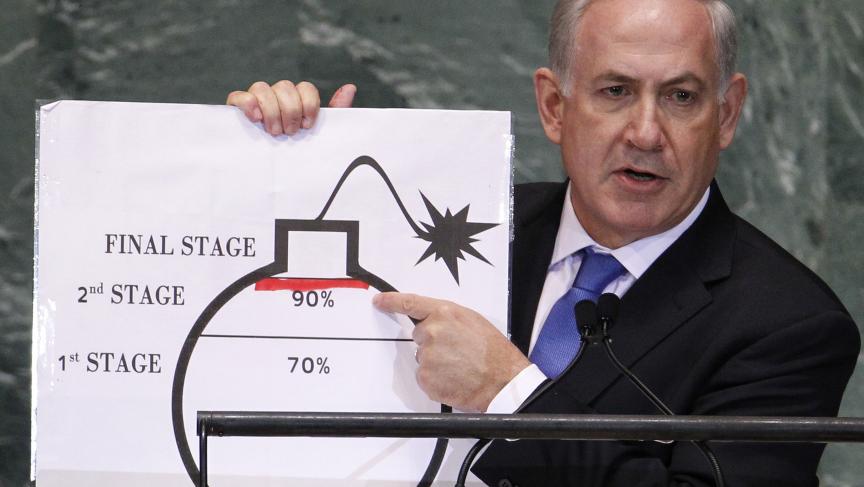 Benjamin Netanyahu at the UN in September 2012.

Netanyahu spoke before the UN yesterday.  Here's the choice quote:

What I want to know is:  When did Netanyahu use Wile E. Coyote as the source for ways of talking about Iran?

The coyote that is constantly trying to eliminate his nemesis the Roadrunner was known to use explosives, like the bomb Netanyahu used to illustrate at the UN last year how close Iran was to obtaining enriched uranium for a nuclear device.

The bomb in that picture (above) is not one we see much these days, in this age of the explosive belt and the IED. 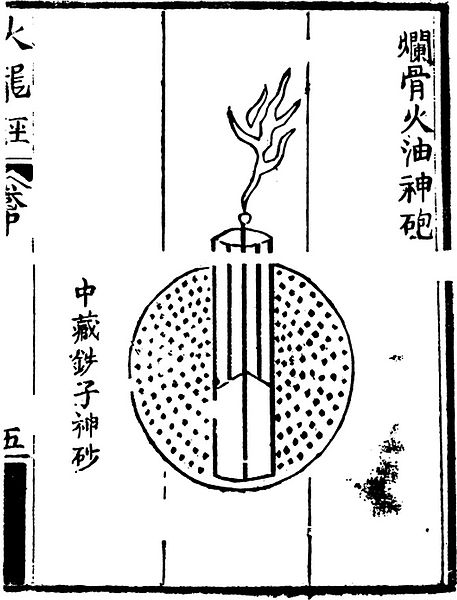 An illustration from the 14th century of a fragmentation bomb

Those round bombs that look like a bowling ball with a fuse sticking out the end are known generically as fragmentation bombs.  They seem to have been developed in China in the 14th century during the Ming dynasty.

The basic concept though remains the same for IEDs today:  a tightly sealed container, filled with explosives and forms of shrapnel.  Today, the image of that fragmentation bomb though continues to telegraph ill-intentions, so Bibi chose his bomb clip-art wisely.

Yesterday, as Netanyahu referred to the wolf in wolf's clothing and the sheep in wolf's clothing, I was taken back to that other Warner Brothers franchise Wile E. Coyote appeared in:  "Ralph Wolf and Sam Sheepdog."

The premise of those two as you may recall was pretty simple: Sam guards the sheep.

The dance is so predictable that they arrive in the meadow at the beginning of every cartoon, punching the clock for another day doing the sheepdog vs wolf routine.

When it comes to Middle East politics, that routine has also become very predictable.

I imagine Netanyahu paid special attention to what animal was wearing what clothing in the Ralph Wolf and Sam Sheepdog episode "A Sheep in the Deep."

This latest round between Rouhani and Obama, as many have noted, feels unpredictable.  Maybe it's time for Bibi to shelve his collection of WB cartoons.  Then again, maybe it's me:  say "opera" and I still think the Rabbit of Seville.