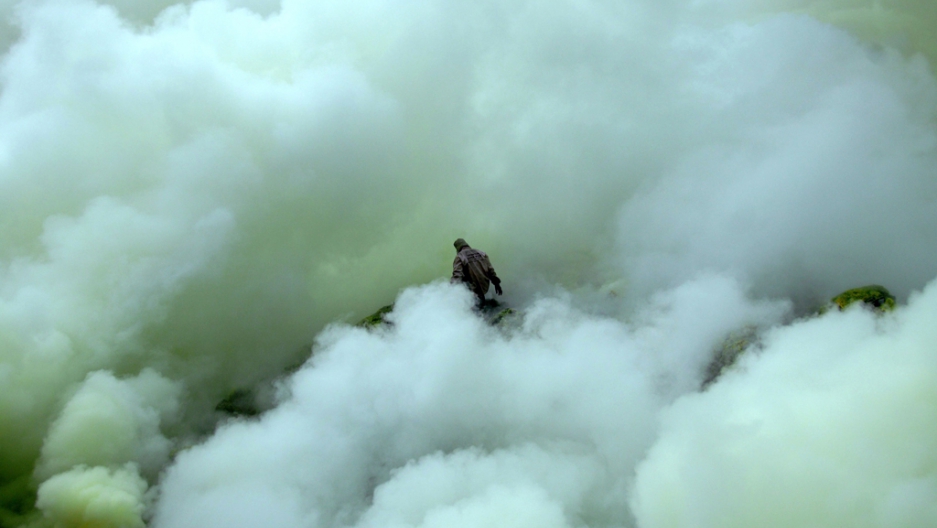 Venezuelan authorities have repeatedly told the United Nations something at the podium, where US leaders speak, smells of Satan's sulfur.
Credit: Sonny Tumbelaka
Share

CARACAS, Venezuela — The US government is kicking out three Venezuelan diplomats, the latest tit-for-tat move against South America’s loudest critic of Washington.

The State Department said late Tuesday it had told Venezuela’s charge d'affaires in Washington, Calixto Ortega, and two other diplomatic corps members they had 48 hours to leave the United States — an echo of a similar order by Venezuela to the US Embassy in Caracas earlier this week.

"It is regrettable that the Venezuelan government has again decided to expel US diplomatic officials based on groundless allegations, which require reciprocal action. It is counterproductive to the interests of both our countries," the State Department said.

On Monday, Venezuelan President Nicolas Maduro said he’d ordered the expulsion of three US Embassy staff members, including Washington’s top envoy to Caracas, accusing them of meeting with the Venezuelan “far right” and funding economic moves to sabotage the economy.

"Yankees go home! Get out of Venezuela! Enough of this abuse!" Maduro said Monday on state television, giving them 48 hours to leave.

Below is a YouTube video from Venezuelan television of his address in Spanish.

Venezuela has expelled several US officials and citizens since Maduro took over after his mentor Hugo Chavez’s death in March. The allegations have ranged from spying to working to destabilize the oil-rich South American country.

This latest accusation is not new. "Far right" is a label the leftist government uses to criticize the opposition, which is made up of politicians of various political stripes. The Venezuelan government has long accused Washington of colluding with them.

As far as heightening tensions with Western foes, it has been a busy few weeks for Maduro.

He’s leveled accusations that France-based aircraft maker Airbus sabotaged his presidential plane and that the United States plotted to kill him.

Last week, he had a phone call with Syrian President Bashar al-Assad, and voiced his support for the embattled regime amid wide international condemnation.

What Maduro may lack in his predecessor's charisma and cult-like popularity, many observers say, he has sought to make up for with attempts to imitate Chavez’s characteristic anti-Western imperialist bravado.

Prices here have risen more than 45 percent in the last year. Shortages of basic items such as toilet paper and newsprint persist, as the US dollar becomes more difficult to obtain thanks to currency controls enacted a decade ago.

Maduro's allegations against the US diplomats recalled another important problem. Venezuela has suffered blackouts for years. In September, when a big power outage hit, Maduro blamed his "far right" opponents once more. Now he's alleged the embassy staff worked to "encourage actions to sabotage the power system and the economy."

US officials deny the accusations.

Opposition leader Henrique Capriles Radonski, a centrist who lost elections against both Chavez and Maduro in the last year, reacted to the latest US diplomat expulsions over Twitter: “It’s just a smokescreen to cover up their inability to manage the country.”

More from GlobalPost: Venezuela's press is dying from a paper shortage

Venezuelans judge Maduro harshly against his predecessor. As divisive as he was, Chavez was wildly popular during his 14-year presidency and won his final election in October by 11 percentage points.

Maduro, on the other hand, mustered an election victory in April of fewer than 2 points. His approval ratings have now dropped, according to some local pollsters, lower than his opponent.

To counter that, observers say, government rhetoric is following the same line it did under Chavez — sometimes with even more bite. The moves are designed to play well at home, analysts say, regardless of the damage they do in international circles.

Maduro boasted of his 20-minute phone conversation with Assad, who had given a rare interview to Venezuela’s pro-government Telesur TV channel.

“I told him that the Venezuelan people support and accompany the people of Syria in their fight against the terrorist armies that the United States and the West armed to overthrow him [Assad],” Maduro said on state television late on Thursday night. “Syria is not alone.”

Indeed, Syrian authorities say they’re keen on Latin America as a model for their own region.

#Assad: Arab states should follow the path of Latin America if we want to make a mark in the world, to be independent and advanced.

Maduro said Assad told him Syria's government — which has waged a bloody two-and-a-half-year war against partly Western-backed rebel groups — this week would announce plans to send a “high-level delegation” to Latin America to “bring the truth” to the region.

Maduro was foreign minister under Chavez for six years and is responsible for implementing his firebrand predecessor’s policies abroad. They've been highly controversial: Venezuela warmed up not just to Assad but to international pariahs from former Iranian leader Mahmoud Ahmadinejad to late Libyan dictator Muammar Gaddafi.

With those friends, Caracas shared a love of hating the Great Satan of American superpower.

The fraught relationship between Chavez and the US came to a nadir in 2006 at the United Nations General Assembly when the self-styled socialist stood at the lectern and theatrically sniffed the air. “The devil came here yesterday,” he said, referring to then US President George W. Bush. “It smells of sulfur still.”

Maduro missed the latest UN General Assembly last week. Yet his trip that ultimately avoided the New York event did feature drama of its own.

Two weeks ago, before the 50-year-old president even took off to China to sign oil and lending agreements, he accused US authorities of refusing to allow his plane to fly over the US airspace of Puerto Rico.

“Denying a head of state permission to fly through airspace that they [the US] colonized, as in Puerto Rico, is a grave error,” Maduro said on state TV.

But the US flatly denied Maduro’s accusation, saying Venezuelan authorities failed to make a proper request yet permission was granted regardless.

It’s not clear why the row erupted. Puerto Rico is far from any direct flight path between Caracas and Paris (Maduro’s stopover on the way to Beijing).

On his way back from China, Maduro stopped off in Vancouver before the UN General Assembly in New York. However, intelligence of “provocations that could threaten [his] life” led him to skip the UN meeting entirely and fly straight back to Caracas.

When he arrived here, Maduro added Airbus to the list of those out to get him.

After five months of maintenance in France, Maduro said technicians here found a “serious fault” in one of the wings of his presidential plane. The company, he said, would have to answer for the fault, as legal action is prepared.

Airbus in response said that it would help Venezuela investigate.

After the “provocations” that persuaded Maduro and his entourage to sidestep New York and the UN, the president suggested that the headquarters of the international organization be moved to a “safer” location such as “Brasilia, Rio de Janeiro or some other place in Latin America.”

On Saturday, Venezuelan Foreign Minister Elias Jaua spoke at the UN in lieu of his boss to little of the fanfare received by Chavez seven years ago.