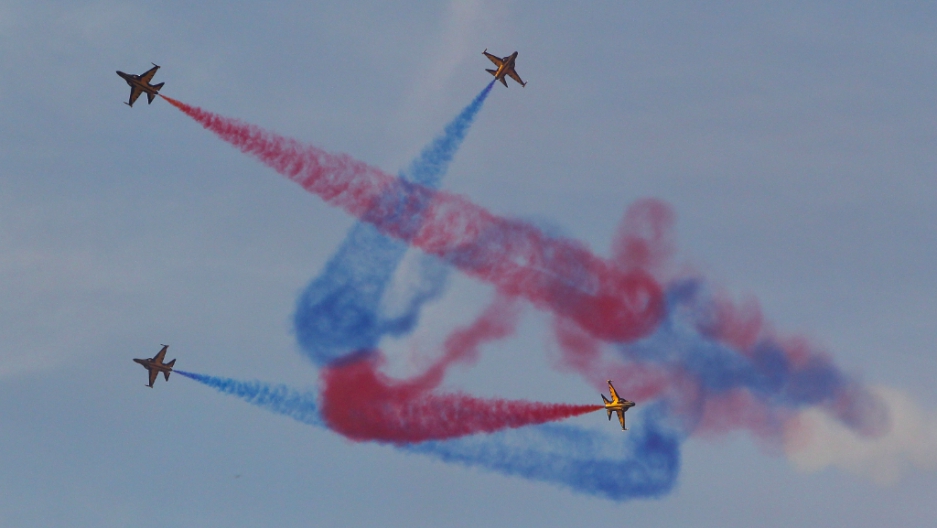 Whoa, South Korea! In its biggest show of force in years, the nation marked a major military anniversary on Tuesday by parading new long-range missiles capable of striking neighbor North Korea, according to Reuters.

South Korean ministry spokesman Kim Min Seok described one of the new missiles to Al Jazeera as "a precision-guided weapon that can identify and strike the office window of the North's command headquarters."

South Korea and North Korea have maintained an uncomfortable peace despite technically still being at war with one another.

The new ballistic Hyeonmu-2 (range 190 miles) and cruise missile Hyeonmu-3 (range 620 miles) were also seen by US Defense Secretary Chuck Hagel, who watched the ceremony as part of his four-day visit to Seoul, said Reuters.

South Korea's new missiles were announced in February after North Korea defied the international community with a third nuclear test and space launch.

Geun Hye said the South will hold the missiles in readiness "until the day the North drops its nuclear arms and makes the right choice for its people and for peace on the Korean peninsula," she said, according to Reuters.