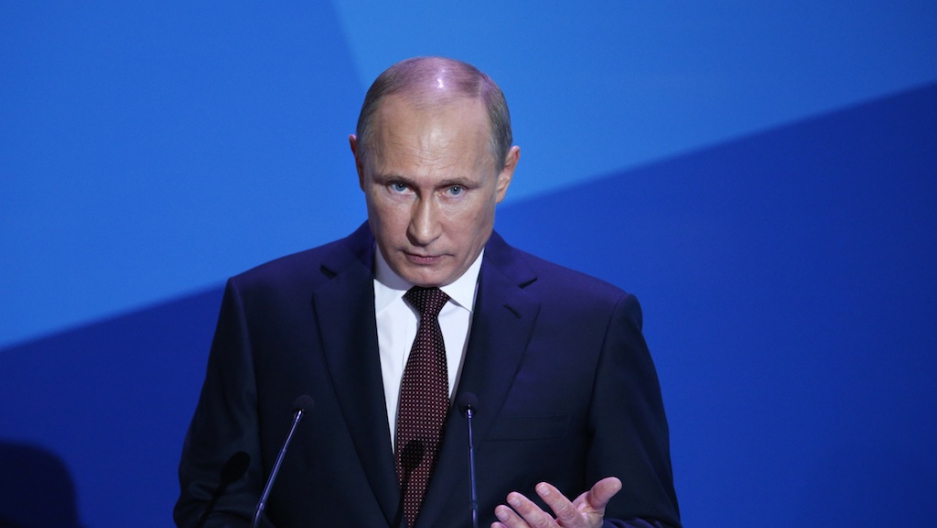 Russian President Vladimir Putin addresses experts and journalists during the final plenary meeting of the Valdai International Discussion Club in the Novgorod Region, on the banks of Lake Valdai, on Sept. 19, 2013.
Share

Russian President Vladimir Putin has been nominated for the Nobel Peace Prize.

Yes, you read that correctly.

A Russian group called the International Academy of Spiritual Unity of the Peoples of the World said Tuesday it had written to the Norwegian Nobel Committee nominating Putin for the prestigious award.

Its letter was received on Sept. 20. Putin's nomination missed the Feb.1 deadline for this year's award and will be considered next year.

The patriot group, whose members include current and former lawmakers, said Putin should be recognized for his efforts in averting a US military strike in Syria by brokering a deal for President Bashar al-Assad’s regime to hand over its stash of chemical weapons.

“Our president, who is trying to stop the war and suggest a political solution, is more worthy of such a title,” Kobzon was quoted as saying.

Obama is “the person who initiated and approved such aggressive acts as Iraq and Afghanistan and who is preparing for intervention in Syria.”

It's not clear if Kobzon is a member of the group.

The Nobel Committee will announce the 2013 recipient on Oct. 11 in Oslo. There are a record 259 candidates for this year's award, including 50 organizations.