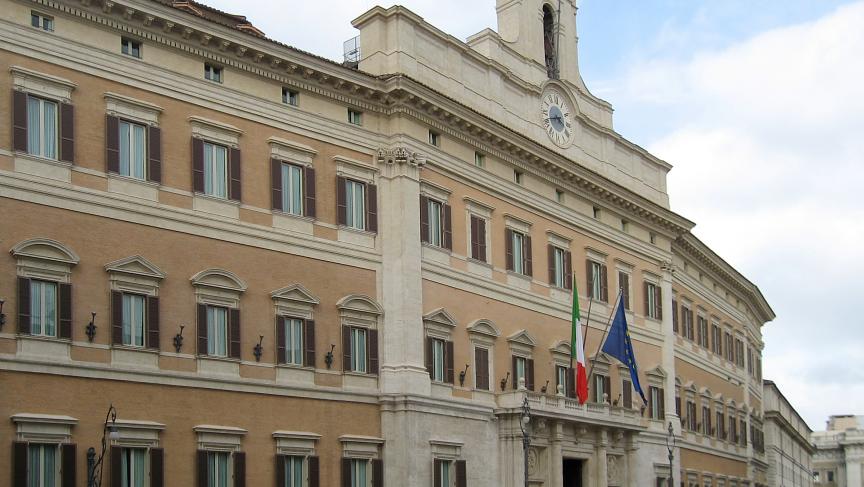 Italy's Palazzo Montecitorio is the seat of the Chamber of Deputies.

The political meltdown in Washington brings to mind the dysfunctional politics of Italy.

In fact, the Italian government is facing its own potential sort of shutdown this week. Not an actual shutdown but a "crisis of confidence."

Reporter Megan Williams in Rome says many Italians are frustrated by their government's power struggles, which are stalling progress on much-needed economic and election reform.

"What's basically happened is the government is being held hostage by Silvio Berlusconi," she said.

Berlusconi, the controversial former prime minister, on Friday decided to pull ministers affiliated with his center-right party out of the governing coalition. That's left Prime Minister Enrico Letta with a weakened coalition.

Letta will have to call for a confidence vote in Parliament to try and clear up the political uncertainty and save his fragile government.

This all started because of Berlusconi's recent tax fraud conviction. The Italian Senate was set to vote this week on whether to ban Berlusconi from holding office for six years. In other words, he's taking down the government to try and save his political future.

Williams compared Berlusconi to a tacky, but expensive, outfit in the closet that you thought would be great when you bought it, but have since grown to regret. But, just like that outfit, the Italians haven't seen fit to throw him away. Until now.

"They're sick of him," Williams said. "He's not offering anything new. They just want him gone."

Now, she said, they want to reform economic and political laws in order to move the nation forward. But, so far, there's been almost no progress.

"Enrico Letta, the prime minister, said as the crisis began, he feels like he's trapped inside the film 'Groundhog Day' — that it just keeps going around," Williams said.