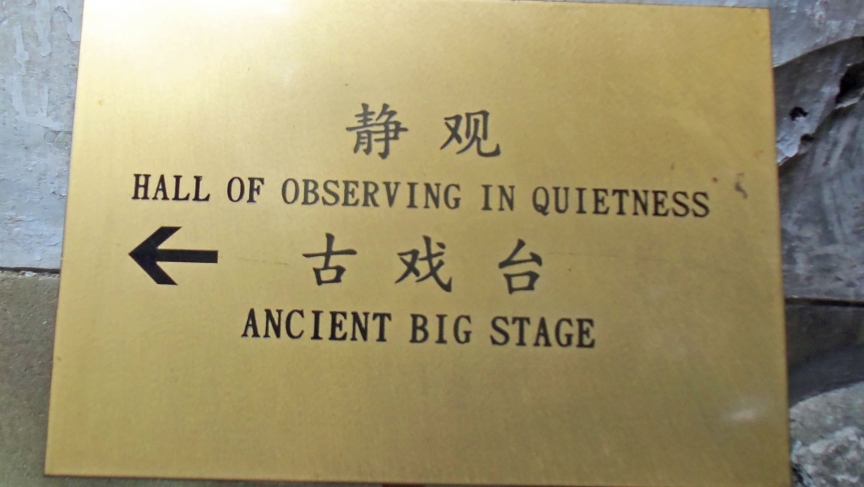 This sign at Yuyuan Gardens in Shanghai points visitors toward a place for quiet reflection.

Search the web for images on “Chinglish” in any search engine, and you'll find page after page of public signs in China translated into absurd, meaningless or frightening English. Feel free to point to your own favorites in the comments.

Chinese officials have tried several times in the past to wipe out Chinglish in major cities, such as Beijing and Shanghai, ahead of international events like the 2008 Olympics and 2009 World Expo. But the campaigns didn't do much.

Now, one city is giving it another go. Shenzhen has come up with an idea to wipe out incorrect English by inviting people to take pictures of incorrect signs and post it to the most popular social networks in the country, Weibo and Wechat, with a specific tag: (＠深圳E行動).

The campaign was launched by Shenzhen's Foreign Affairs Office on Sept. 26 and is set to last for two months. The office asked people to send pictures to the campaign office via email, Weibo or Wechat and include details about the location of the sign, the mistake and their contact information.

The reason isn't just translation purity. More than 7.8 million foreign tourists visit Shenzen each year, with about a million staying more than six months. City officials say attracting foreign investment is critical to Shenzhen's future — and getting the signs right is critical to attracting that investment.

The campaign was widely reported in major local newspapers and TV news channels, and the government even put up campaign posters in schools. But judging from the reactions on Weibo, locals aren't very enthusiastic. The top post about the details of the campaign has zero responses.