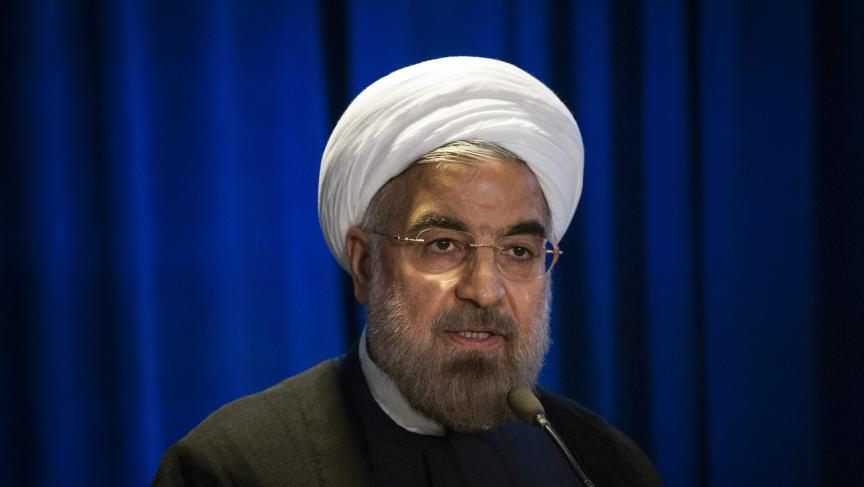 Iran's President Hasan Rouhani speaks during an event hosted by the Council on Foreign Relations and the Asia Society in New York September 26, 2013.

Last week's short, but unexpected phone call between President Barack Obama and Iran’s Hassan Rouhani raised hopes for an easing of tension in the Middle East. The Iranian president tweeted about the conversation and said Obama even bid him goodbye in Farsi.

Many Iranians expressed their excitement and praise via social media. But Rouhani's homecoming was not all smiles and cheers.

Some threw eggs at his car and at least one shoe was hurled in his direction. Jason Rezaian, Tehran correspondent for the Washington Post, heard about the incident from eyewitnesses.

“It sounded like the majority of the people there were supporters of his," said Rezaian, "but there was some hardline, what we call Basij militants there and, I guess, they tried to pelt his entourage with eggs and shook up his car a little bit."

Rouhani has a complex path ahead in his country. “It sounds like not the prettiest scene in the world,” Rezaian added, “but we’ve seen much bigger displays of opposition or hardline sentiments here in Iran over the past few years.”

Rezaian said Iranians have different views on international relations and Iran's place in the world. "But I think, by and large, most Iranians see that relations with the US will probably lead to better economic prospects for their country, especially if it results in lifting of economic sanctions."

And Rouhani raised the possibility of one immediate benefit - resumption of direct flights between the US and Iran, which stopped in 1979.

“I’m all for it. I’m ready to cut out Istanbul and Dubai from my flight paths,” said Rezaian. That would cut his trips from 22 hours to about 14 hours between Tehran and San Francisco.