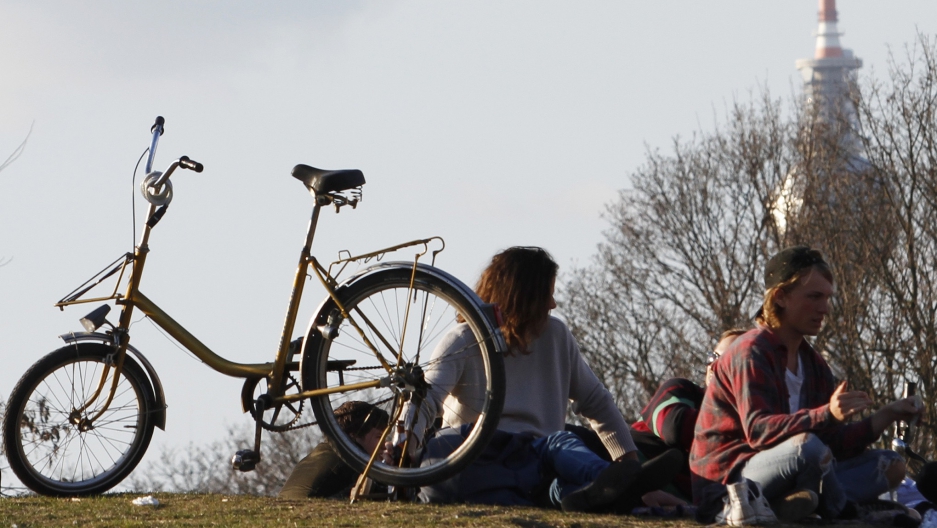 BERLIN, Germany — Young parents push strollers through the sprawling green oasis of Goerlitzer Park in Berlin’s hip Kreuzberg district on a sunny afternoon. Yuppies in colorful windbreakers treat their pampered pets to a taste of freedom in the central dog run. And on the footpath surrounding them, every bench is occupied by young black men in baggy pants and baseball caps.

Meet Kreuzberg's friendly neighborhood drug dealers, the reason behind a controversial proposal by the borough’s new mayor to legalize marijuana in the park.

Her drive is exposing friction between various ethnic and economic groups as older, mostly Turkish immigrants are supplanted by new foreigners and wealthy young Germans seeking a dose of Bohemian chic.

Although police have raided the park more than 60 times during the first half of this year and filed charges against some 170 people, the roundups have had little impact on the drug trade.

That's why Mayor Monika Herrmann says the best way to remove Goerlitzer Park's dealers is to legalize and regulate cannabis.

"If we want to gain control of the dealers and their products, we must manage the distribution," the Green Party member told Agence France-Presse after taking office earlier this summer.

Herrmann's plan envisions ending aggressive policing in favor of opening of state-owned coffee shops staffed by counselors who would advise buyers about the risks of smoking dope.

The plan has backing. Many residents say they’re keen to see the pot dealers disappear. Some say abandoning prohibition would also enable the police to better allocate resources and make drug treatment operations more effective by reducing the need for users to hide from the public.

“We have about 30 to 40 years experience of prohibition, and we have seen that it doesn’t work very well,” says Astrid Leicht, who heads a local drug treatment center.

But many immigrants worry that legalization would also mean they’d be evicted.

The differences over legalizing pot are highlighting a growing conflict over the neighborhood's identity — a microcosm of the issues facing the entire capital, a city its mayor once christened “poor but sexy.”

Once a bastion of Turkish immigrants, anarchists, squatters and left-wing radicals where it was possible to rent a room for the equivalent of $60 a month, the neighborhood is being rapidly gentrified by young, white Berliners.

While left-wing organizations fight gentrification tooth and nail, well-established Turkish residents — many of whom settled here during the government’s drive to attract temporary cheap labor in the 1960s and ‘70s — resent newer migrants. They argue the government would never tolerate criminal activity in a predominantly white neighborhood.

Many of the newest arrivals are Africans who came here via Spain, Italy and other countries hard hit by the euro crisis — or directly from Africa.

German law allows refugees to stay and collect a modest 400 euros per month while the government evaluates whether they qualify for political asylum — which comes with a three-year visa that can later be converted to permanent residency. Bureaucratic delays and a shortage of official housing means that many remain in illegal squatters' settlements such as an abandoned school on nearby Reichenberger street, which currently houses 200 to 300 mainly Africans.

Asylum seekers aren’t legally permitted to work for more than 1 euro per hour, which makes the marijuana trade an attractive option.

As Kreuzberg’s other residents continue to debate the proposal to legalize marijuana, Jah Rose, a Jamaican who sells CDs and knitted Rastafarian caps amid Goerlitzer Park’s dozens of drug dealers, wryly describes the status quo.

“They come from Africa and they land in prison.”