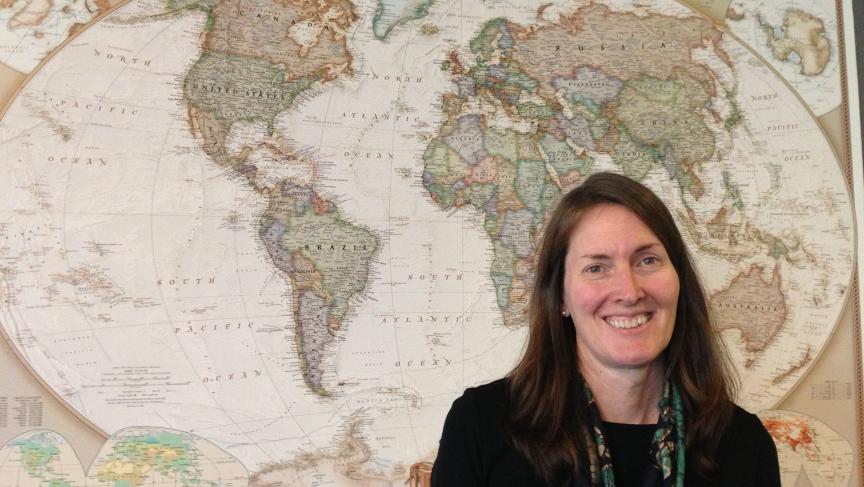 Mary Kay Magistad is the former East Asia correspondent for The World.

Mary Kay Magistad has lived in East Asia for the past 25 years — the last decade as The World's East Asia correspondent, based in Beijing.

As she moves back to the United States, though, she's had time to look at how China in particular, and much of Asia, influences life in the United States. She's settled in a multicultural neighborhood of San Francisco where, she says, it's not at all uncommon to hear Chinese.

"I can walk for several blocks and hear Mandarin and Cantonese for that whole stretch," she says.

Of course, all of us can pop into our nearest department store and find items made in China — in fact most of the cell phones and tablets we carry were made in China. But it goes far beyond that.

"The Bay Bridge in San Francisco was built by Chinese engineers," Magistad points out. "There are a lot of different ways in which Chinese manufacturing, Chinese immigration and Chinese culture affects certainly San Francisco itself, but [also] the United States as a whole."

And while San Francisco is a large city by American standards - the 11th largest according to a 2012 Census estimate - it's nowhere near the size of the large cities in China.

Magistad, who lived in Bangkok and Hong Kong in addition to Beijing, said she already misses the buzz and excitement that those Asian cities have.

"Any place seems quiet compared to the sort of places I've lived in Asia," she says. "People who were used to a certain way of life are very rapidly adopting a different way of life. In Beijing in particular, one week to the next, one month to the next, neighborhoods would disappear, new buildings would go up."

In her new home, she says, it takes more awareness and digging to recognize the changes going on.

Of course, there's one unmistakable benefit to moving back to the United States.

Air pollution in Beijing, Magistad said, was regularly 40 times the maximum level the World Health Organization says humans should be exposed to.

And that meant sitting inside, with the HEPA filter running, trying not to breathe too deeply, lest the pollution really invade your lungs, Magistad says.

"It's great to be in a place where you can actually breathe."