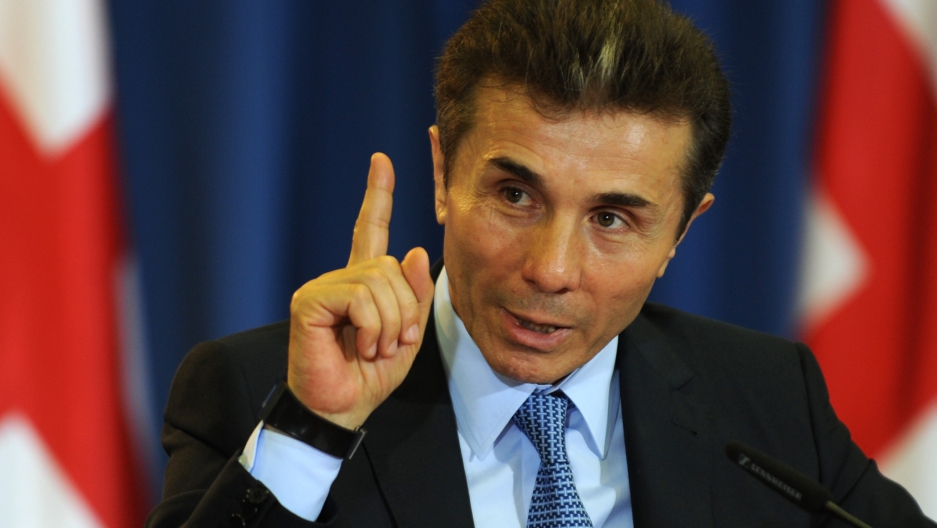 TBILISI, Georgia — Whatever happens in this country’s presidential election next month, one matter is certain: the political landscape will change after the two clashing personalities that have recently defined it officially leave government.

Outgoing President Mikheil Saakashvili, who isn’t running because his term limit is expiring, says he plans to promote the country’s wine industry. His bitter rival, Prime Minister Bidzina Ivanishvili, has also pledged to step down just one year into his tenure after achieving his stated goal of ousting Saakashvili’s party from power.

The president has dominated this country for a decade. A Columbia University-educated lawyer, he rose to power during the Rose Revolution of 2003, which toppled a corrupt, ex-Soviet regime. While his tenure featured many successful reforms that helped revive a collapsed economy, critics have accused his ruling elite of monopolizing power and trampling the rule of law while failing to improve living conditions.

Ivanishvili, a reclusive billionaire-philanthropist who made his fortune in Russia, emerged from relative obscurity in 2011 to lead an anti-Saakasvhili opposition movement. After an acrimonious campaign, his coalition won parliamentary elections last year.

The very public infighting between the two leaders that has dominated headlines for the past year has raised concerns about the country’s stability. But the uncertainty of who will fill the void after both are gone is raising even more questions about the future.

Many fear Ivanishvili now plans to use his wealth and influence to continue leading the country, but from off-stage and with no accountability.

More than 70 percent of those surveyed in a recent poll said they disapprove of Ivanishvili’s departure from politics. Just 39 percent said they believe Georgia is moving in the right direction, down from 58 percent in March.

Some critics are focusing concerns on a new $6 billion private equity fund called Georgian Co-Investment Fund (GCF) set up to invest in the country’s development projects.

Backed with money from Gulf and Caspian investors — on top of $1 billion of the prime minister’s own cash — the fund’s resources dwarf the government’s budget and are equal to about 40 percent of Georgia’s GDP.

NGOs and businesspeople have raised questions about the fund’s primary investors, many of whom have poor track records for transparency. Some believe the relatively large amount of money at stake will enable Ivanishvili to monopolize a significant portion of his country’s economy while maintaining an invisible hand on the political till.

“It seems like an excessively large amount of money to be absorbed by the Georgian economy in such a short period of time,” said a long-time foreign businessperson in Georgia who asked not to be named for fear of retribution from the government. “Such a large amount would run the risk of crowding out other investors.”

The fund’s CEO disagrees. A longtime Ivanishvili associate, George Bachiashvili says the prime minister is stepping away from politics to allow the country to build self-sustaining political institutions independent from individual leaders.

"This fund was created to help increase competition,” he said. “Georgia has a great lack of equity capital, and while some businesses may be worried, I am confident that this will do more good than bad."

The fund will observe the highest standards of transparency, and post most of its financial information online, he added.

Perhaps. Although the GCF is already in talks for its first wave of investments and is set to officially launch on Monday, it has yet to unveil a website.

Whatever the case, Georgia could certainly use the money. With a per capita GDP of $3,508, it consistently ranks as one of Europe’s poorest countries, and narrowly beat out Kosovo, Armenia and Moldova in the World Bank’s figures for 2012.

Even those numbers mask the depth of Georgia’s poverty, however, because they fail to show economic inequality levels. Georgia “is much less equal compared to all its ex-Soviet peers,” says Lasha Labadze, a senior research fellow at the International School of Economics in Tbilisi.

With most of its Soviet-era manufacturing base scrapped in the 1990s and its agricultural sector left underdeveloped and inefficient, Georgia is in dire need of outside investment to kick-start its economy.

Georgians consistently rank unemployment as their primary concern, and 46 percent described themselves to pollsters earlier this month as “unemployed and looking for a job.”

Eva-Marie Anderson, a senior researcher at Transparency International Georgia, says previous attempts to attract foreign capital to the country through public-private funds have fallen flat, and in some cases made matters worse.

“You can’t tell if they’ve learned from the mistakes of the previous administration,” Anderson says of officials she interviewed for her forthcoming report into the funds.

In 2011, the previous, Saakashvili-aligned government launched the Partnership Fund, designed for using dividends from state enterprises to finance joint ventures with private investors in order to reduce the capital risk for development projects.

Instead, Anderson says, potential investment partners were driven away by the fund’s lack of transparency. In several instances, private investors abandoned their projects in Georgia rather than competing with the opaque state-backed entity. In the end, the fund attracted no significant foreign direct investment and instead became a “piggy bank” for political pet projects, she says.

Many of the Saakashvili government's projects — including one managed by the Partnership Fund — are now bogged down in legal disputes in which plaintiffs claim the government illegally seized their land for development.

GCF chief Bachiashvili has also served as the deputy CEO of the Partnership Fund since Ivanishvili came to power in October 2012. He says he may soon step down from that post and move to a “supervisory role” to avoid a conflict of interest.

Not everyone is convinced. Anderson says that although some officials use the word “transparency” in every sentence, they have a better sense of “the right words today” than real experience of pulling off an undertaking of the GCF’s magnitude without causing more harm than good.

But as Georgians prepare for new leadership, the new fund is only one concern of many about the course of their country’s future.

The international community has expressed concerns about many of Ivanishvili’s actions, including the filing of charges against several high-level officials from Saakashvili’s party, now in opposition.

Many worry the new government has been merely entrenching a new elite in their place to take over in the post-Saakashvili era.