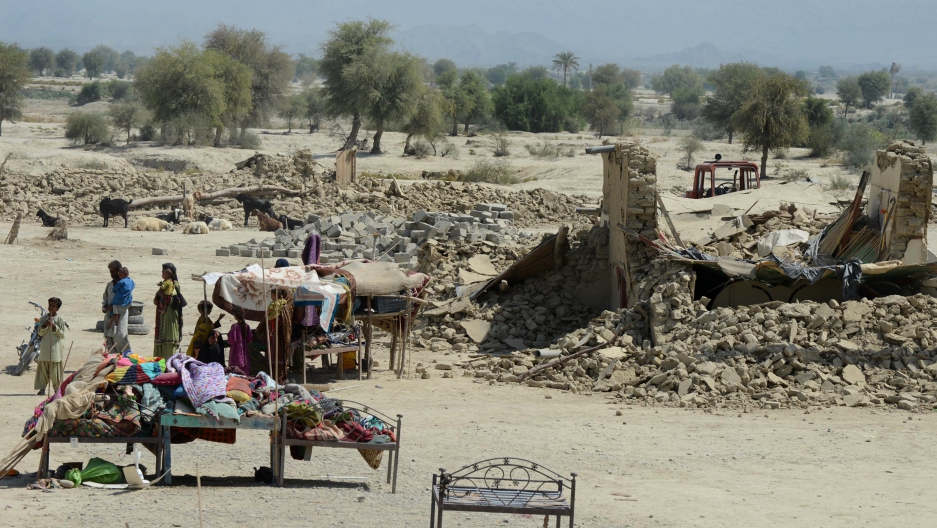 Pakistani earthquake survivors search through the debris of their collapsed houses in the devastated district of Awaran on Sept. 25, 2013.
Credit: Banaras Khan
Share

A 6.8 magnitude quake on Saturday killed at least 22 people in a Pakistani region struck by a deadly earthquake just days earlier.

On Tuesday, a 7.7 magnitude quake hit the same Balochistan area, killing over 300 people and injuring over 700.

Reuters said Tuesday's quake killed as many as 515 and described Saturday's earthquake as an aftershock.

Earlier this week, locals had told Reuters that insurgents were preventing aid from reaching the area, now hit with fresh devastation.

Police told Reuters the quake decimated most of the town of Nokjo.