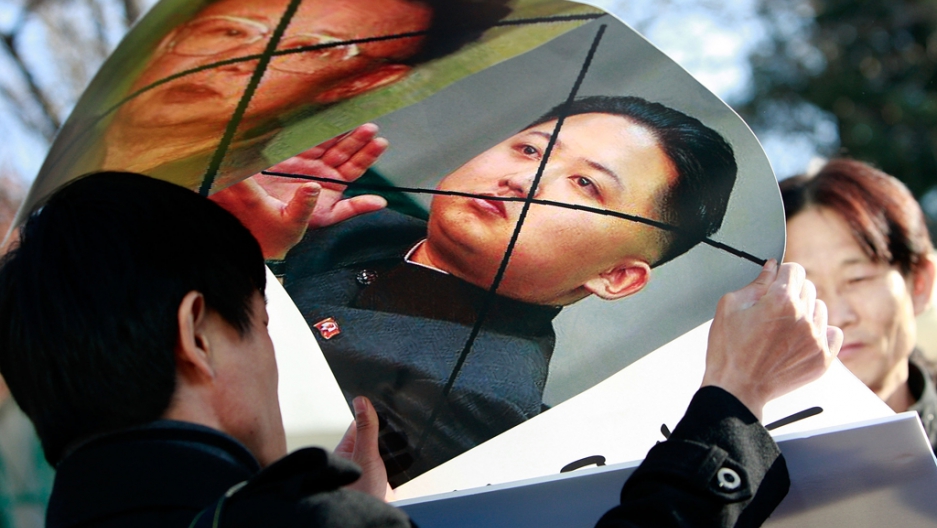 SEOUL, South Korea — According to conventional wisdom, North Korea is headed for collapse. The only question is when.

A 342 page report released this month by the RAND Corporation urged Washington DC to prepare for an impending insurrection.

There’s little doubt that the world would welcome the demise of this heavily militarized, rights-abusing, outlaw regime. Yet the immediate aftermath could present some very serious challenges — involving China, the US, weapons of mass destruction and the cabal that currently holds power in Pyongyang.

“[A] North Korean collapse could be far more dangerous and disastrous than the actual collapse of East Germany,” according to RAND. “Failure to establish stability in North Korea could disrupt the political and economic conditions in Northeast Asia and leave a serious power vacuum for a decade or longer.”

So what exactly would happen after the bust? GlobalPost spoke with North Korea experts who laid out three scary scenarios.

Experts doubt that the North Korean regime would succumb peacefully. Here’s why: Imagine that while the bulk of North Korea suffers, you’re among the Supreme Leader’s lackeys, kicking back with expensive whiskey, Swiss ski trips, and karaoke parties in your Pyongyang lair.

If the nation slides toward chaos, you’ll have a vested interest in protecting the system.

Your other choice? Surrender and face trial at The Hague for crimes against humanity. The United Nations, after all, isn’t happy about those slave labor camps.

With nothing to lose, the North Korean ruling elite would likely take up arms in a bloody civil war or a coup d’etat. “A military coup by some or all of the armed forces, perhaps causing fissures within the military, seems to me more likely than a popular uprising,” says Michael O’Hanlon, a senior fellow at the Brookings Institution in Washington.

The lackeys’ ultimate hope? China would arrive as a savior, setting up a buffer state and bringing order, says Andrei Lankov, a North Korea expert at Kookmin University in Seoul. “If the Kim loyalists believe they have no future, they’ll decide to fight,” he says, adding that this worst-case scenario is “relatively likely.”

That nuclear program? Sell it to the Middle East

A collapse of the Kim Jong Un regime could put highly knowledgeable nuclear weapons scientists in need of a new employer. By most estimates, North Korea has probably mastered the art of making the parts for its nuclear production facilities, according to American experts. The country has successfully tested three devices since 2006.

If anarchy erupts, underpaid scientists and civil servants could profit by smuggling components to the black market. After all, the collapse of the Soviet Union created a similar ripple, with unemployed scientists selling off their expertise.

The likely destination would be governments as well as non-state actors in the Middle East, Lankov said. And the scientists wouldn’t have to work hard to cultivate new clients. Already, American intelligence officials have indicated that North Korea has cooperated with Iran and Syria on nuclear weapons.

North Korea suffered a famine in the mid-1990s that left some 1 million people dead. While conditions are better today, in parts of the countryside many North Koreans are malnourished and lack access to even rudimentary health care. Currently people with rice on the table rely on a fragile state distribution system, supplemented with food from the black market.

Rice prices and North Korea’s currency can be volatile, a potentially devastating combination. A government collapse would likely take the distribution system with it, and the nation’s humanitarian crisis would only get worse, RAND reports. Food would be hoarded and looted, stoking shortages.

A North Korean collapse would likely be terrifying. As RAND suggests, it would be prudent to prepare for crisis. But it’s not entirely clear that Kim Jong Un won’t be ruling many years into the future. In fact, just after the RAND report was published, the World Bank declared that North Korea’s government has become more stable in recent years.

In fact, for two decades, intelligence agencies have forecasts the Kim’s demise. In 1997, a CIA panel concluded North Korea would fall apart in five years. In 2004, some onlookers speculated an explosion that ripped through a train station and was an assassination attempt against Kim Jong Un; the blast was caused by a chemical leak, intelligence officials later reported.

O’Hanlon, at The Brookings Institution, thinks the regime’s durability owes to its iron-fisted rule, and its ability to suppress information and mobilization. With enigmatic practices, he says, it’s difficult to divine the end of the garrison state, even if collapse might be inevitable.