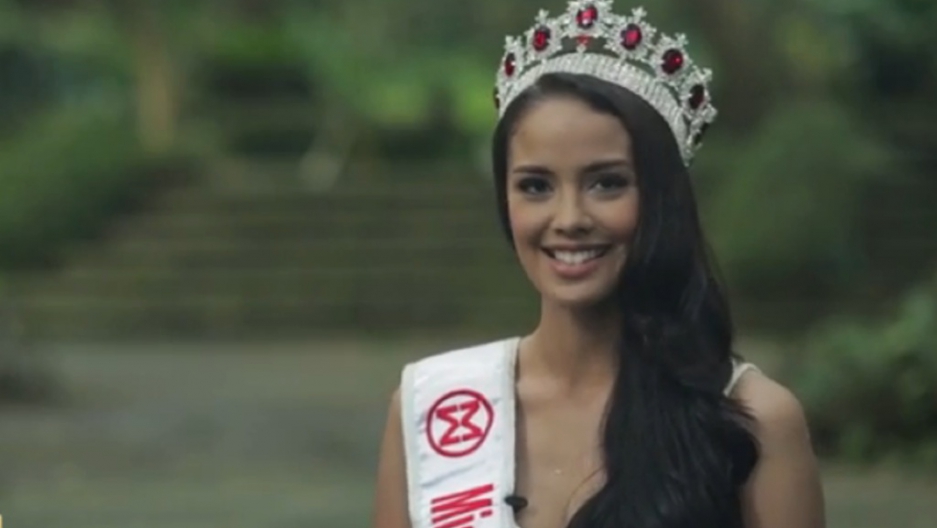 The most charming, beautiful, talented woman on the planet has been named and it's Megan Young of the Philippines.

The aspiring actress was crowned Miss World 2013 on Saturday, beating out 126 other contestants from all over the world.

This year's ceremony took place in Bali, Indonesia. She was the first Filipino to have won the crown, accepting it onstage from last year's winner, Wenxia Yu.

The top 10 contestants were from Ukraine, South Sudan, Brazil, the Philippines, France, Cameroon, Cyprus, England, Italy and the United States.

More from GlobalPost: Fresh radical anger in Indonesia ahead of Miss World final

This year's contest was met with controversy as conservative groups pressured the government to ban the competition over religious concerns in the majority-Muslim country.

Miss World Organizers agreed to cut the bikini competition and replace it with less revealing sarongs but pressure still mounted, mainly from the hardline group the Islamic Defenders' Front (FPI).

Despite the changes, protesters forced organizers to make a last minute venue change from Jakarta to the resort of Bali.