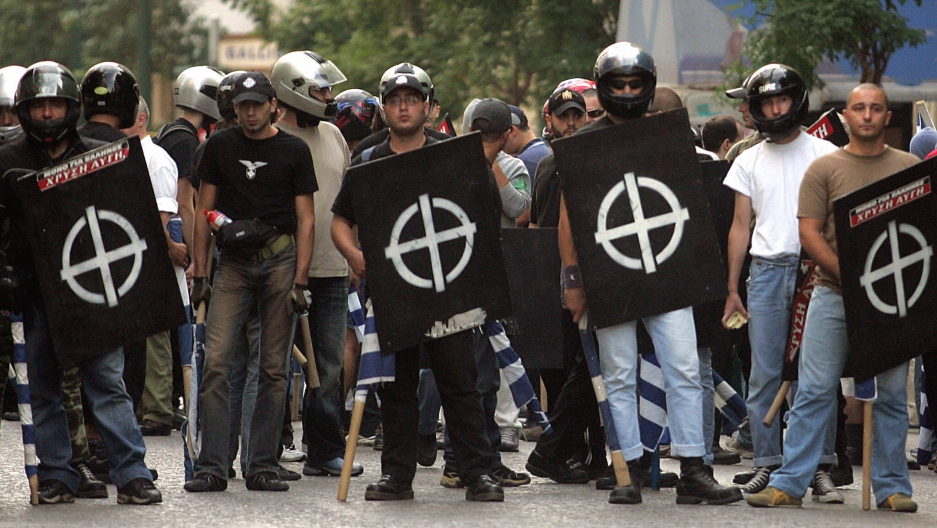 Greek police have arrested the leader of the extreme-right Golden Dawn (Chrysi Avgi) party, after the recent murder of a left-wing rap artist.

Nikolaos Michaloliakos, the party's chief, was arrested along with three MPs, a senior party official nd 12 others.

They were charged with forming a criminal organization.

The man who has been held with stabbing the rapper to death is considered a member of the Golden Dawn party. However, the party has strongly denied any links to the case.

The website of the Golden Dawn party urged its members to take to the streets.

Despite being pressured by European officials and domestic politicians, Prime Minister Antonis Samaras has so far resisted calls to ban the party and cast it as a hate group.

Samaras has argued that doing so may make the movement even more popular as Greece weathers a difficult financial crisis.

The Greek government has insisted those arrested will have a fair trial.

"Justice has moved with decisiveness and transparency. I want to say for all those who have been arrested if they are sent to trial there will be just justice," said Justice Minister Charalambos Athanasiou, according to the Guardian.

Two senior police resigned after the incident and two others were suspended. A Greek police officer was also arested for working as a bodyguard for the party and seven other officers suspended.