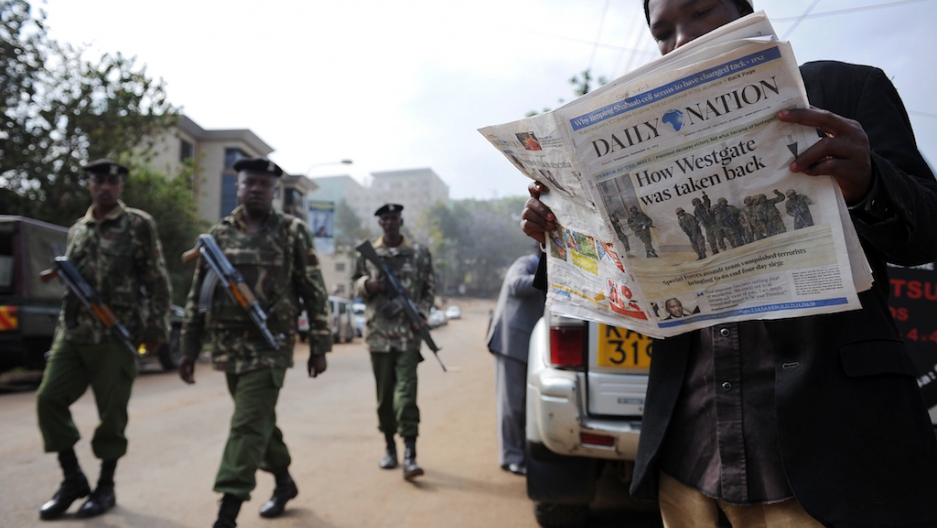 NAIROBI, Kenya — Why did Somalia’s Al Qaeda-linked militants attack a Nairobi shopping mall over the weekend?

First, you should pay attention to what Al Shabaab leader Ahmed Godane, also known as Mukhtar Abu al-Zubayr, has said about it.

On Wednesday Godane claimed the Westgate attack was retaliation for Kenya’s military action in Somalia, according to Reuters. “Take your troops out or prepare for a long-lasting war, blood, destruction and evacuation,” Godane further warned.

But that's not the only factor in this increasingly bloody dispute that has — once again — exploded in East Africa and, perhaps, beyond.

To better understand the roots of the conflict, keep these five motives in mind:

1. Boots on the ground in Somalia
As Godane plainly stated, the biggest single reason for the attack on the Westgate Mall is the presence of Kenyan soldiers in southern Somalia. Kenya’s army was sent into Somalia in October 2011 after a spate of kidnappings of Westerners. There are still around 4,000 Kenyan soldiers in Somalia as part of the 17,700-strong African Union peacekeeping mission (AMISOM).

2. Disrupted cash flow
It took them a year to get there, but when Kenya’s army finally chased Al Shabaab from its last urban stronghold, the Somali port city of Kismayo, in late September 2012 the militants were deprived of an key source of income: charcoal. According to United Nations investigators, $15 million worth of illegal charcoal is traded out of Kenya each month. But it’s the Kenyan generals and their local allies who they say are cashing in now.

3. Revenge, pure and simple
During the Kenyan military’s slow advance across southern Somalia in 2011 and 2012, there were numerous reports of civilian casualties. Al Shabaab likes to style itself as the one true defender of the Somali people, and its leader Ahmed Godane said in an audio message released late Wednesday night that the Westgate assault was in retaliation for the deaths of Muslims.

4. Symbolism and terror
Nairobi’s Westgate Mall is everything the extremist Al Shabaab abhors: a temple of Western consumerism where you can buy Nike shoes and iPhones, watch movies and drink cocktails. It attracts well-to-do families, business people, politicians, foreign visitors and expatriates. Hitting the mall and massacring the people inside was a deliberate strike at the heart and soul of a society Al Shabaab despises.

5. Proof of strength
Years of growing internal division and military setbacks left the group looking weak, and led some Western officials as well as the Somali government to declare Al Shabaab defeated. But in the last few months, Godane carried out a bloody purge of his own ranks, killing off dissenters and pushing Al Shabaab even further into extremism. With the militants claiming the attack Godane himself has praised, the message is clear: Al Shabaab is far from finished.

More from GlobalPost: Al Qaeda in Africa: An in-depth report on the newest front in the war on terror