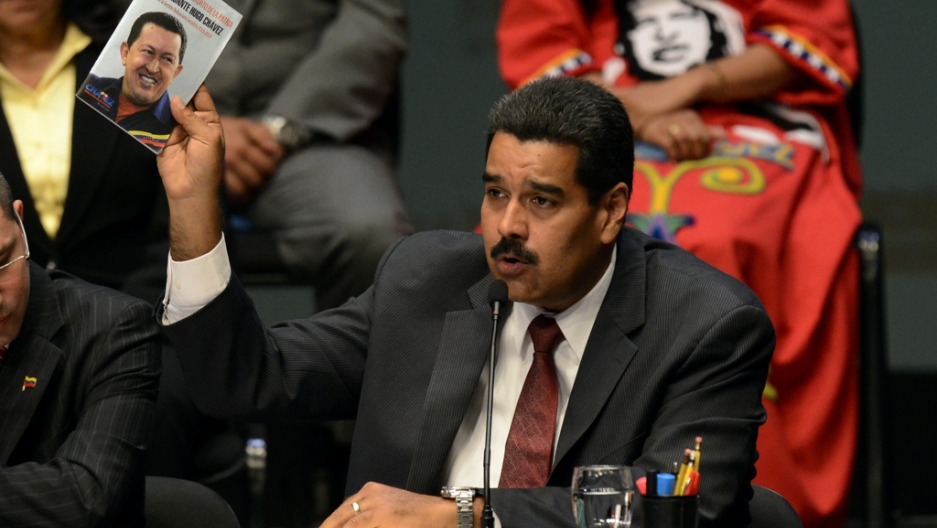 Venezuelan President Nicolas Maduro thinks someone in the United States is trying to kill him.

He says that he cancelled his visit to the United Nations General Assembly in New York this week due to a plot against his life.

In a national broadcast Wednesday, Maduro said that he would not reveal details of the plot or where he received the information, the Associated Press reports.

He said that he became aware of the plan to assassinate him while at Vancouver airport on his way back from China, and added that he found it hard to believe US President Barack Obama would not be aware of the alleged planned attempt on his life.

Maduro named two US officials — Roger Noriega and Otto Reich — who he says are attempting to destabilize his government.

Reich is a Cuban-American former ambassador to Venezuela under the Reagan administration. He has been a vocal supporter of the embargo against Cuba.

Noriega is a conservative analyst who worked at the Organization of American States and has been an advocate of regime change in Venezuela.

“Roger Noriega and Otto Reich are involved, as well as the Salvadorian far-right that has contracted hit men,” Maduro said during his speech, according to Russia Today.

He stated that they want him dead because “they know they cannot beat me in fair elections.”

On the first leg of his trip to China, Maduro claimed that Washington officials had banned his plane from US airspace, which he described as a "serious offense."

The US State Department denied the allegation, blaming the confusion on administrative procedures.

More from GlobalPost: 5 reasons Latin America is lashing out at the UN General Assembly (VIDEO)