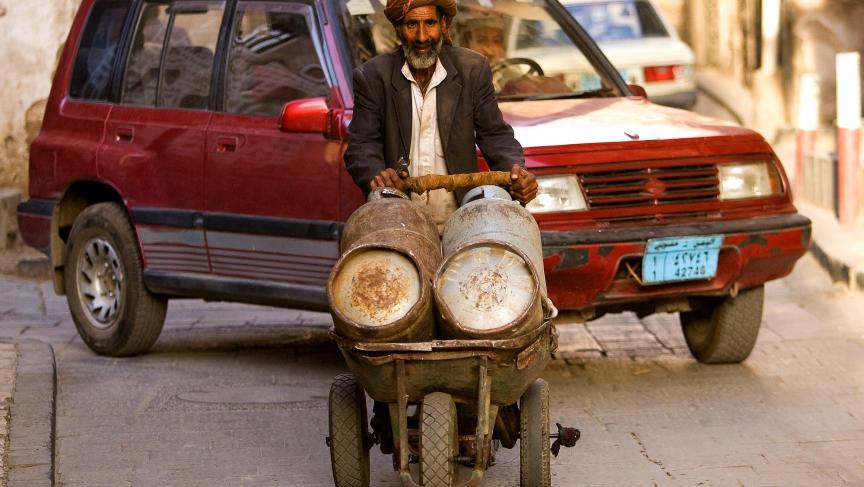 Western media coverage of Yemen is minimal, and when it happens, it often focuses on al-Qaeda or drone strikes aimed at militants. "Everybody sees [Yemen] through the prism of al-Qaeda," says Iona Craig, a freelance British journalist there, "and actually that’s one of, for Yemenis certainly, one of the least of their problems on a day-to-day basis.”

Craig says, “Even the best estimates of Al Qaeda members put them in the low thousands really, and there’s 25 million people in Yemen.”

She says about 10 million people in Yemen do not have enough food to eat, and many don’t have clean water or consistent electricity.

Craig, who is the Yemen correspondent for The Times of London newspaper and has been reporting there for three years, recalls one family she met on a visit to a small village in western Yemen. They did not have enough money for fuel to irrigate their farm, so they ended up relying on the income of one person in the family, a teacher, to feed over a dozen children.

“That’s an indication of how desperate people become,” Craig said. “And when you’ve got a lot of politics in Sana’a going on, we’ve got a national dialogue conference, we’ve got this whole transition process as a part of the Arab Spring. For most people, that has no bearing on their day-to-day lives. They’re just struggling to get by.”

Craig says the quick rotation of journalists in Yemen means that many are just beginning to understand the country when they leave. “I do almost feel an obligation to get the stories out for a lot of people in Yemen who otherwise just wouldn’t get their voices heard."