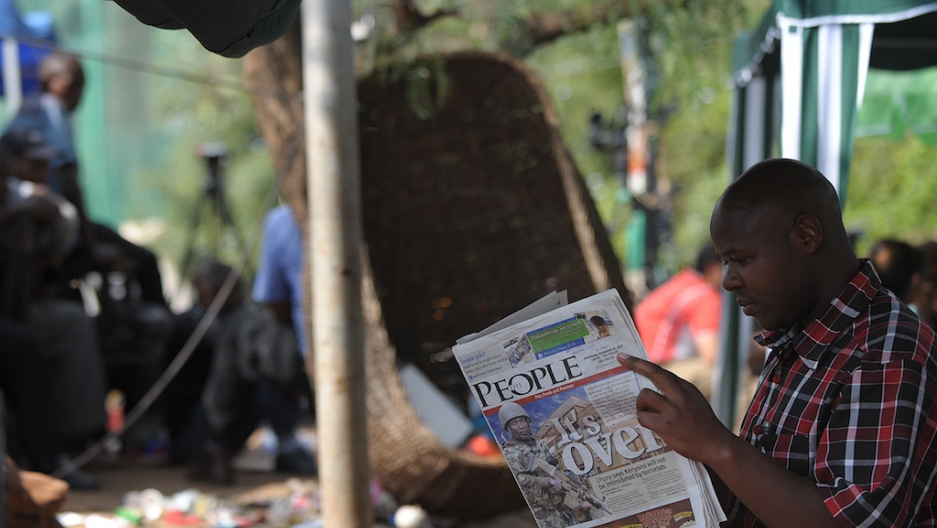 NAIROBI, Kenya — On Sept. 21, gunmen reportedly linked to the Al Shabaab terrorist group in Somalia launched what would be a days-long assault on an upscale mall in the Kenyan capital Nairobi.

Wielding assault rifles and possibly other light weapons, like grenades, the militants killed more than 60 people in what marks the worst terrorist incident in Kenya since a truck bomb exploded outside the US Embassy here in 1998.

The Kenyan authorities announced the operation's end Tuesday night. But what's next for this East African nation in the wake of such an assault?

What does this attack mean for the people of Nairobi going forward? Do they view their city differently now?

On Wednesday, the morning after President Uhuru Kenyatta declared the Westgate siege over, Nairobi's traffic was slow and heavy, though not quite as thick as normal. There were customers in shops and at cafes, but they moved with an unusual urgency. Things felt normal, and yet not. Grief is all around. It’s at the mortuary where relatives make the unhappy search for lost loved ones and at the graveyards and crematoriums where the murdered are bid farewell. It’s in the minds of everyone who knew those hurt or killed, or simply watched the awful events unfold, live on television or in person in a place so familiar.

But Nairobi and its inhabitants will surely bounce back, because it has to. They have to. We have to. The terrorist attack was shocking but not surprising. Somalia's Islamist Al Shabaab militants had threatened to launch a spectacular like this one ever since Kenya joined an African Union peacekeeping mission in Somalia. Many Nairobians even discussed the likelihood that the Westgate Mall would be targeted because it is Israeli-owned, has a good reputation and is high profile.

That time will heal — or at least cloud memories — is a cliché, but no less true for it.

How does this change the assessment of the terror threat in Kenya and the region?

In deploying a squad of armed militants against a soft target where civilians were deliberately and brutally targeted, Al Shabaab succeeded in what they set out to do: to horrify and terrorize, to grab the world’s attention and hold it.

Clearly there was a catastrophic intelligence failure on the part of the Kenyan authorities and their Western partners. Once an assault like the one on Westgate has started it is difficult to stop. Instead, intelligence and security agencies need to reassure people that they can find out about and prevent such attacks at the planning stages. But right now, confidence in their ability to do just that is at an all-time low.

How will Kenya respond in the aftermath of the attack?

Kenya says it will not pull its troops out of Somalia, as the militants demand. But there is real fear that either the authorities or people on the street will retaliate against ethnic Somalis inside Kenya. This will only worsen ethnic divisions and possibly push more into the hands of these radical groups.

There is also a chance that the sheer horror of the slaughter (nearly 70 were killed) will galvanize the international community to help defeat Al Shabaab in Somalia. This would strengthen resolve in Kenya, at the African Union, and of the Somali government and their US and European backers to finish the job.