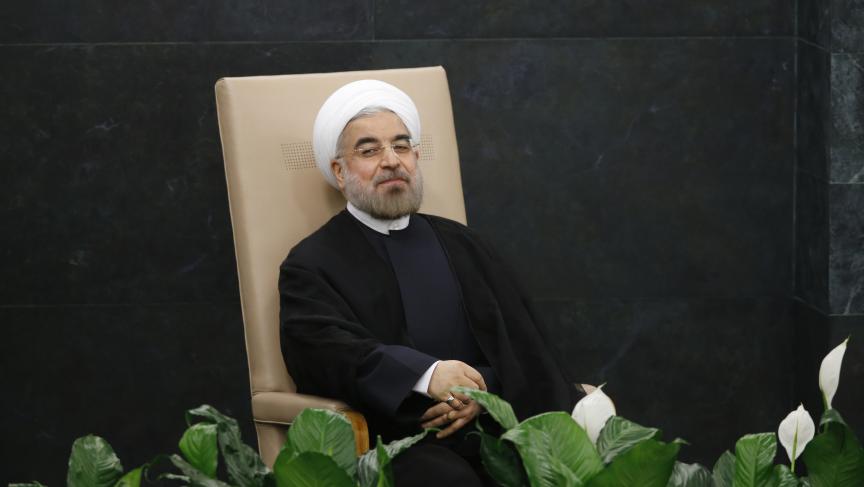 Iran's new president, Hassan Rouhani, spoke at the United Nations General Assembly on Tuesday afternoon. He stated "unambiguously" that Iran's nuclear program was entirely peaceful, and that "nuclear weapons and other weapons of mass destruction have no place in Iran's security and defense doctrine."

And in a CNN interview, Rouhani denounced the Holocaust as a reprehensible crime. That's a huge leap from his predecessor, Mahmoud Ahmedinejad, who denied that the mass murder of Jews took place under the Nazis in World War Two.

The US has responded positively. But Israel is skeptical.

The Israeli Prime Minister, Benjamin Netanyahu, said these warm words and smiles mean nothing. Netanyahu even called Rouhani a 'wolf in sheep's clothing.'

When it comes to the Holocaust, Estrin notes that Netanyahu says Iran has not condemned holocaust-denial.

Still, one Israeli minister broke ranks with Netanyahu, and criticized his decision to order the Israeli delegation at the United Nations General Assembly to boycott Rouhani's speech.  Estrin says the minister believes the boycott was a mistake, as it might make Israel look like a country that doesn't want a peaceful solution.

And then, there's that nagging concern among Israelis that Iran still says Israel should not exist.