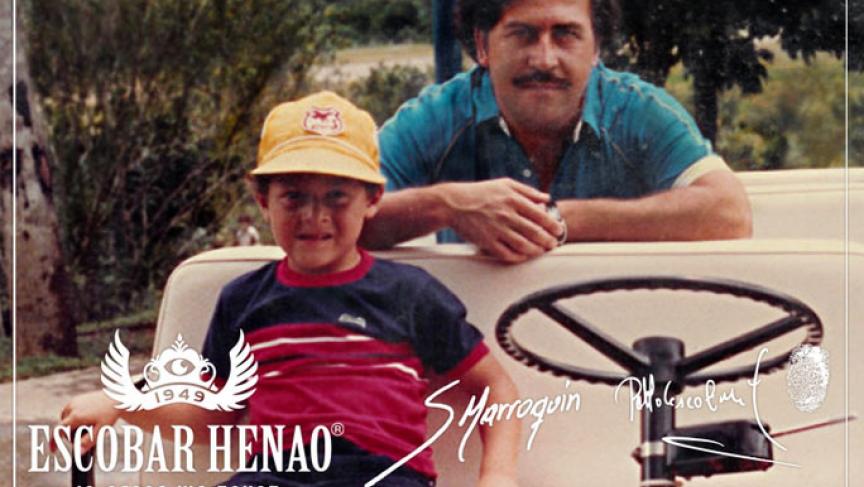 The family of notorious Colombian druglord, Pablo Escobar, is selling clothing branded with his name and image.

And they're doing pretty well.
Earlier this month, the family even tried to secure a trademark of Pablo Escobar's name, his image, and even his fingerprints.
But the Colombian authorities angrily rejected the application, with one official saying it would be like going to Germany and asking to trademark the name of Hitler.
Escobar is alleged to be responsible for the deaths of thousands until he was himself killed 20 years ago in a gunfight with Colombian security forces.
The clothes are selling well across Latin America and even here in the United States.
But they are not for sale in Colombia, "out of respect for the victims," according to Escobar's son, who now goes by the name Sebastian Marroquin.
Marroquin says the clothes are "banners of peace," that he says will teach people about the crimes of his father, and hopefully will prevent people making the same mistakes.
Maria Assaf is a Colombian-Canadian journalist who's been digging into the story for the Canadian paper, the National Post.
She says outside of Escobar's home turf in the poorer areas of Medellin, he is still hated in Colombia. And his name reviled.