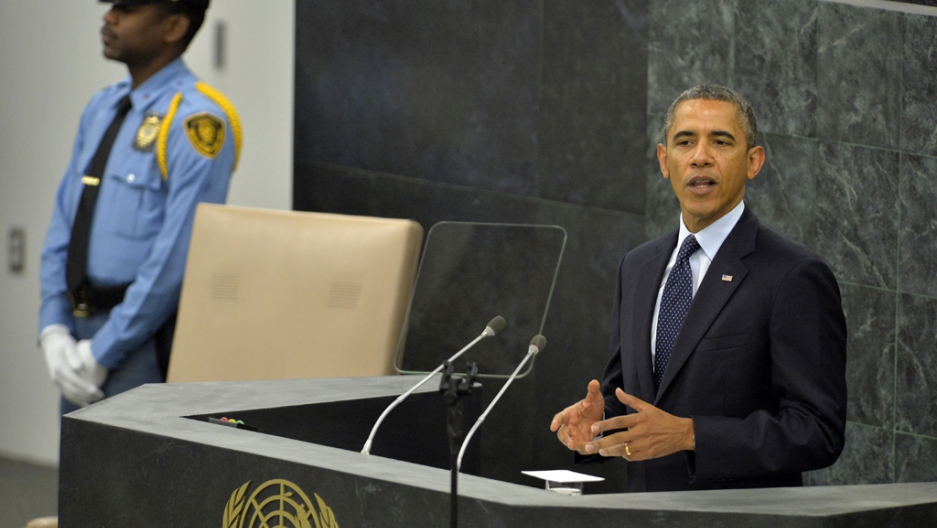 US President Barack Obama said he has not smoked a cigarette in "probably six years" because "I'm scared of my wife."

Obama's off handed comments to UN Special Rapporteur Maina Kiai were caught on microphone Monday at the United Nations general assembly by CNN.

However, as Fox News reported, according to White House aides and his family, it has probably been more like three or four years.

In a June 2009 press conference, Obama said he was "95 percent cured" of his smoking habit, "but there are times I mess up."

At that time, Obama said he constantly struggled with the addiction and, while he did not smoke in front of his children, he had occasionally "fallen off the wagon."

The next year, in February 2010, his White House physician confirmed the president was still smoking. In 2011, First lady Michelle Obama said her husband had finally gone cold turkey.