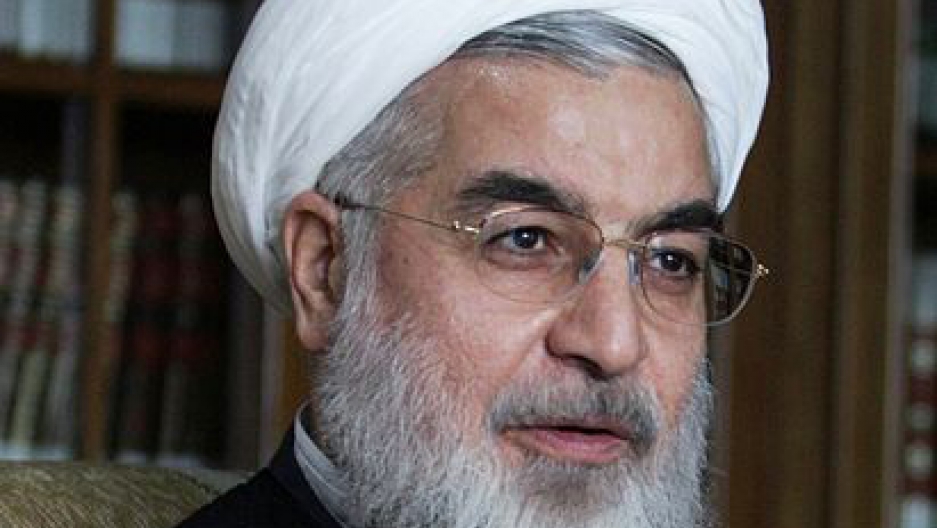 Newly elected Iranian President Hasan Rouhani comes to the United States on the heels of a series of good-will gestures that hint at new diplomatic flexibility from Iran’s ruling establishment.

On Thursday, Rouhani wrote an op-ed piece for the Washington Post entitled "Why Iran seeks constructive engagement" where he called for an end to the age of "blood feuds". Rouhani's is the second op-ed from a high-profile leader in recent days, the first being Russian President Vladimir Putin's piece in the New York Times last week.

Rouhani called for world leaders to not use conflicts as opportunities.

"We must work together to end the unhealthy rivalries and interferences that fuel violence and drive us apart," Rouhani wrote. "We must also pay attention to the issue of identity as a key driver of tension in, and beyond, the Middle East."

In an interview with NBC's Ann Curry on Thrusday, Rouhani vowed his country would never develop nuclear weapons.

"In its nuclear program, this government enters with full power and has complete authority, under no circumstances would we seek any weapons of mass destruction, including nuclear weapons, nor will we ever," he said.

However, Iran's charm offensive has been met with some skepticism in the West, said Thomas Erdbrink, Tehran bureau chief for The New York Times.

"When they see this smiling cleric, in clerical robes, who promises better relations with the West — of course there are a lot of buts and ifs in his words" Erdbrink said.

Despite his calls for peace, Rouhani's position on neighboring Israel remains dubious. When asked to clarify his statements regarding the reality of the Holocaust, Rouhani dodged.

"I'm not a historian. I'm a politician," he said. "What is important for us is that the countries of the region and the people grow closer to each other, and that they are able to prevent aggression and injustice."

The speed of Iran's diplomatic turnaround with the United States is being spurred, experts say, by Ayatollah Ali Khamenei, the country's Supreme Leader who approved Rouhani's trip to the United States.

"That is a real break with the past, and that shows Iran's conservative top leader is actually sending Mr. Rouhani as his representative to talk to the United States," Erdbrink said. "And that is the sea change here."

Though Jay Carney, White House press secretary, said Rouhani and President Barack Obama have no plans to meet while both are at the United Nations General Assembly in New York this week, the two have exchanged letters regarding nuclear weapons in recent weeks.