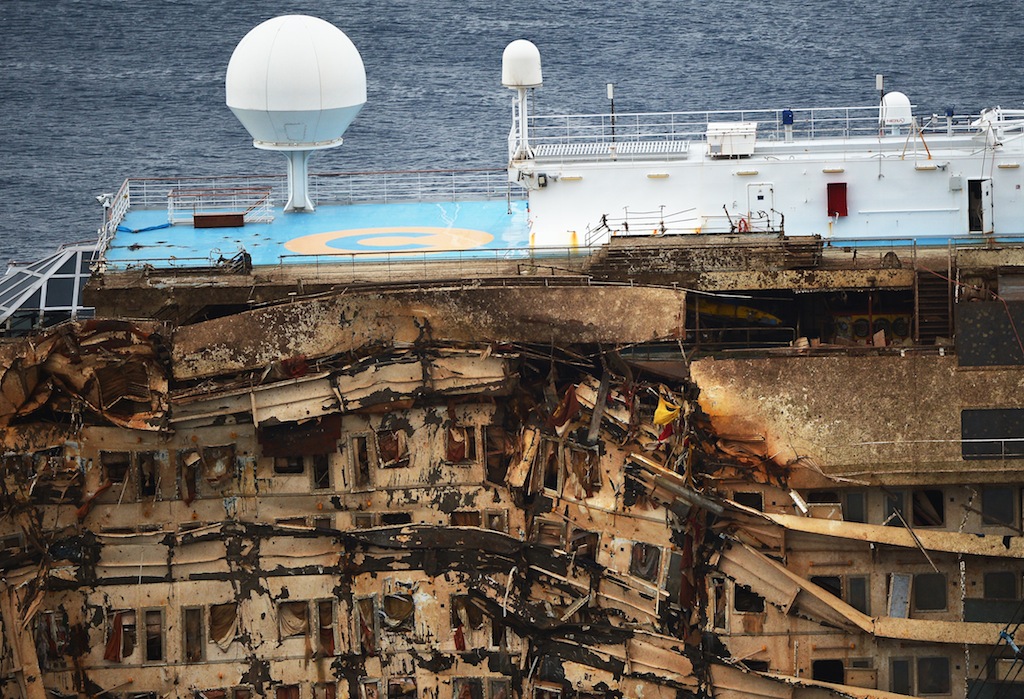 Schettino, 52, told a courtroom that Jacob Rusli Bin failed to obey his orders to slow the ship down and ended up steering it onto rocks rather than away from them.

"In my experience, there wouldn't have been the crash" had the helmsman promptly and properly carried out the maneuver, Schettino said.

"If it weren't for the delay and error ... the ship would have stopped" before slamming into the reef, which left a 230-foot gash in one side of the ship's hull.

But a panel of independent experts who gave testimony in court said the confusion involving Rusli Bin did not make a difference in what happened.

"The helmsman delayed the maneuver by 13 second but the collision would still have taken place," said Admiral Giuseppe Cavo Dragone, the head of the panel.

Thirty-two people died when the Costa Concordia capsized after the incident on Jan. 13, 2012.

Schettino, the sole defendant on trial, is hoping the judge will allow for an inspection of the luxury cruise ship and claims he is being made the scapegoat when errors by other crew members and mechanical problems played a hand in the tragedy as well.

He was charged with manslaughter, causing the shipwreck and abandoning ship before the other 4,200 onboard could be rescued.

Last week, the wreckage of the over-950-foot vessel was raised upright in a salvage operation off the coast of Giglio Island.