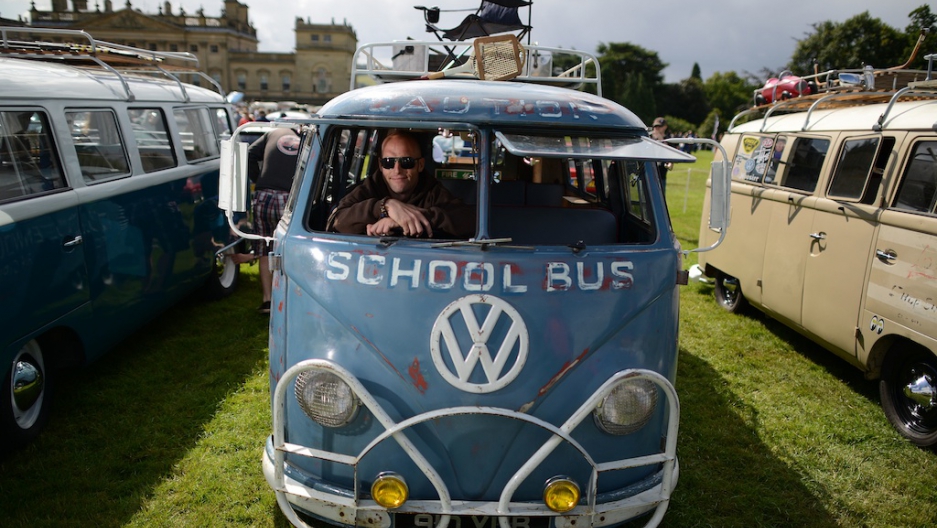 The annual VW festival finished off with the winners' parade of cars on August 18, 2013 in Leeds, England. (Photo by Nigel Roddis/Getty Images)
Credit: Nigel Roddis
Share

Brazil, the last remaining country to produce the Volkswagen van, known as the VW 'bus,' says it will end production on Dec. 31.

The company says it cannot meet new safety standards in Brazil that mandate all vehicles have air bags and antilock brakes beginning in 2014.

Volkswagen Brazil says the final blue and white editions will include special additions such as vinyl upholstery.

Because the VW is so durable and a large quantity have been produced over the decades, there should be plenty of the vans on the road for years to come.

According to the Associated Press, VW has assembled over 10 million Volkswagen Transporter vans worldwide since first introducing the vehicle 63 years ago in Germany. Brazil alone has assembled more than 1.5 million of them.

The van, a symbol of Sixties counter culture, was famously linked to everyone from Bob Dylan to the Grateful Dead, whose many fans toured with the band in their own buses.

"The van represents freedom," Damon Ristau, director of documentary "The Bus," says. "It has a magic and charm lacking in other vehicles. It's about the open road, about bringing smiles to peoples' faces when they see an old VW van rolling along."

Apple co-founder Steve Jobs reportedly sold his van in the 1970s to buy a circuit board in order to build a computer that helped launched his company.