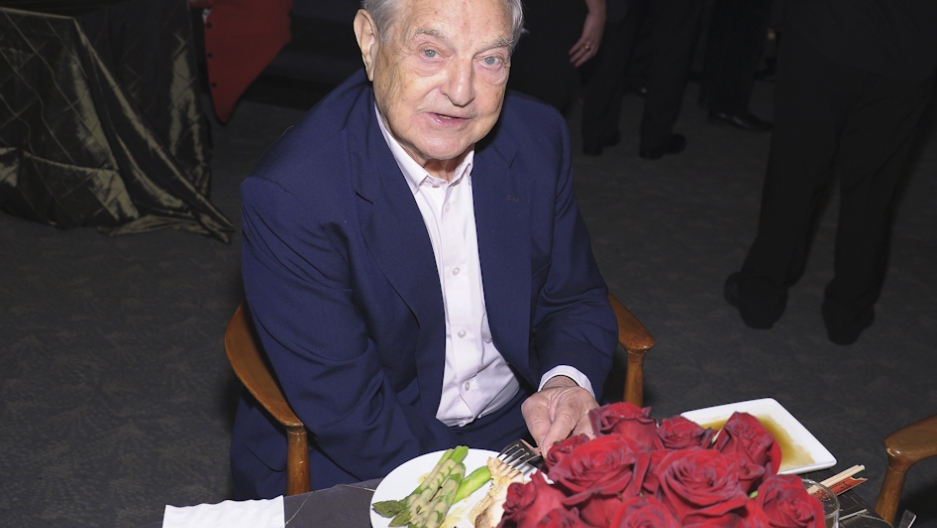 Billionaire financier George Soros attends the 'Too Big To Fail' New York Premiere after party at the Four Seasons Restaurant on May 16, 2011 in New York City. A former girlfriend of Soros has filed a $50 million lawsuit against him, claiming he broke promises to buy her a New York apartment.
Credit: Michael Loccisano
Share

Soros and Bolton, who is 42, exchanged vows in a small ceremony at his Bedford estate. Soros bought the home from "Jurassic Park" author Michael Crichton in 2003.

Afterward, some 500 guests attended a wedding reception for the couple at Caramoor Center for Music and the Arts, an estate in nearby Katonah.

Soros is one of the richest men in the world. His net worth is estimated at $20 billion, according to Forbes.

CNN Money reported the billionaire will leave the bulk of his fortune to charity, but that Bolton will be well taken care of.