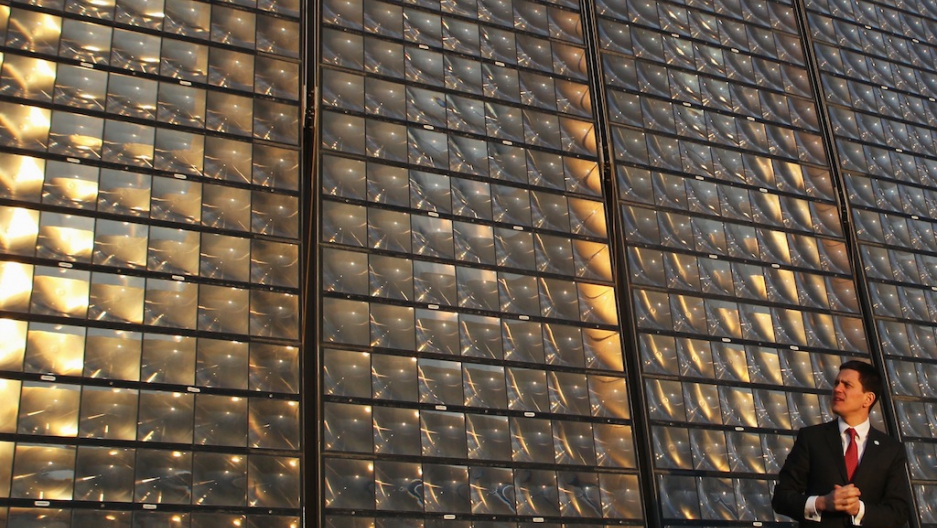 BEIJING — To woo clients, Will Latta, 43, used to spend three or four nights a week with coal barons from China’s inner provinces, drinking "baijiu" — a local grain liquor that tastes a lot like motor oil.

“Eventually, I had to draw a line,” said the Miami native. “It was getting bad — hallucinations and things.”

But it was all in the service of the long, patient, and by no means straightforward game of building a company in one of the rare industries where China can truly be said to be driving global innovation: clean energy.

Since its founding in 2007, LP Amina has grown from one employee (Latta) to roughly 130, split between China (its largest office) and Charlotte, North Carolina. By the end of 2013, it will have completed a total of 30 projects and turned over $35 million in revenue.

Getting there has been a long journey, and not always an easy one.

Latta arrived in China eight years ago, an employee of French energy giant Alstrom. He knew little about the country, but was attracted to it. Years before, he had been struck by a front-page article in the Charlotte Observer announcing that China would host the 2008 Summer Olympics.

In 2005, he, his wife, and his four young children moved into a serviced apartment in Beijing. He struggled with the pollution and the food (“I was on rice and Coke for literally two months straight”). But after two years, when Alstrom was ready to move him to another posting, Latta decided to stay in China and cut out on his own.

Partly what inspired him was the awfulness of the air.

“Looking at the amount of pollution, you could see there was a huge amount of demand for $1 million, $3 million, $5 million [emissions reducing] projects,” he said.

So in 2007, he founded LP Amina, launching it with his savings and money invested by his brother and two former classmates from Duke.

It took a year to land the first client — a power plant in downtown Yixing, a historic city famous for its clay teapots. Local officials were pressuring the plant to clean up in the midst of a tourism boom, and eventually it hired Latta’s firm for $1.5 million.

Gradually, business picked up as LP Amina began to carve out a niche for itself. Latta knew an American-owned company could never beat the local competitors on guanxi, or social connections, so he found Chinese partners and focused on research and development. In cooperation with Bayer in Germany, the company invented a process for creating a valuable chemical feedstock as a byproduct of electricity generation. Another technology modified burners and pulverizers to reduce the size of coal particles.

The company also learned how to handle China’s blistering speed.

While in the US, a typical projects may take 18 months to two years, Latta said, in China “it’s three to four months tops.”

Despite the challenges, Latta feels that China remains the best place in the world for his kind of company. China's investments in clean energy dwarf the rest of the world, amounting to some $65 billion in 2012 alone. Regulations and safety standards are lax, but rising. And as the world’s largest burner of coal, China also has the greatest need for improving efficiency and emissions.

All this seems to have put LP Amina on stronger footing.

When GlobalPost visited the company's Beijing office in late August, Latta was relaxed and gregarious. The company had just received a round of funding from investors, and was expanding its office to fill the rest of the floor. Young Chinese employees occupied green cubicles on an unusually clear, blue-sky day. I asked Latta if he could have built the company somewhere else.

More importantly, he appreciates China’s openness to change, and the country’s vigorous effort to improve the quality of life, and the environment.

“The US can be patient,” he said. “Europe can be patient. China cannot be. People say, 'The great innovation in energy efficiency is going to come out of China, we’re going to fall behind.'"

And it’s perhaps even a nicer place now that the baijiu-swilling business culture has fallen off.

“That has changed drastically,” Latta said with evident relief. “It’s not nearly as prevalent as five years ago.”