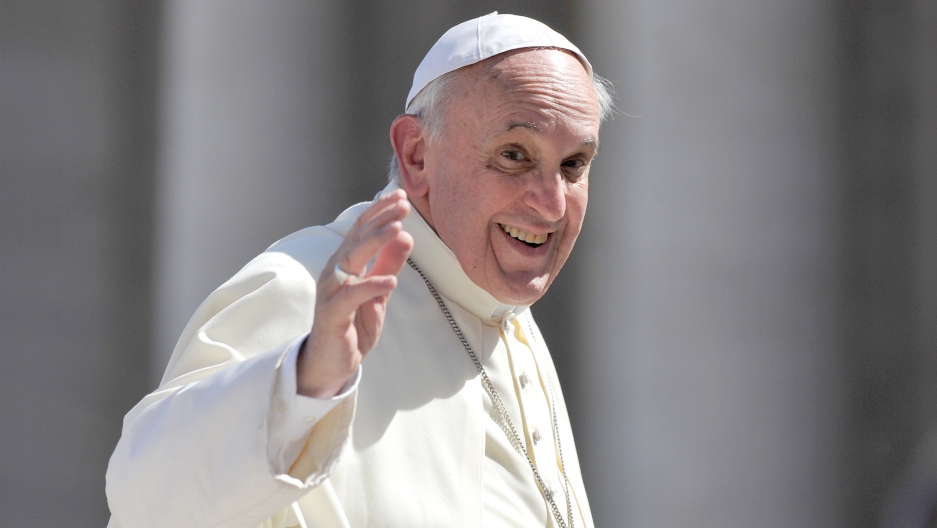 Pope Francis waves after his general audience in St Peter's square at the Vatican on September 18, 2013.
Credit: Tiziana Fabi
Share

Pope Francis attacked the global economic system on Sunday on a day-long trip to one of Italy's poorest regions.

Francis put aside his prepared remarks during a meeting with unemployed miners in Sardinia's capital, Cagliari, after they told him of their financial difficulties. He spoke candidly with them for about 20 minutes.

Francesco Mattana, a 45-year-old father of three, told the Pope unemployment "oppresses you and wears you out to the depths of your soul."

"I find suffering here... It weakens you and robs you of hope," Francis told the miners. "Excuse me if I use strong words, but where there is no work there is no dignity."

Later at a Mass for about 300,000 people gathered in the square outside the city's cathedral Sanctuary of Our Lady of Bonaria, Francis said "we don't want this globalized economic system which does us so much harm. Men and women have to be at the center.. not money."

He said the crisis was not just a problem in Italy, or even Europe, but the result of a world that "become an idolator of this god called money."

Italy's national unemployment rate is currently 12 percent and a staggering 39.5 percent for youths.

"My young father went to Argentina full of illusions of making it in America," Francis added. "And he suffered the terrible crisis of the 1930s. They lost everything. There was no work."

The remarks come just days after the Pope said in a candid interview he wants to focus on social issues instead of gay marriage, abortion, and contraception.