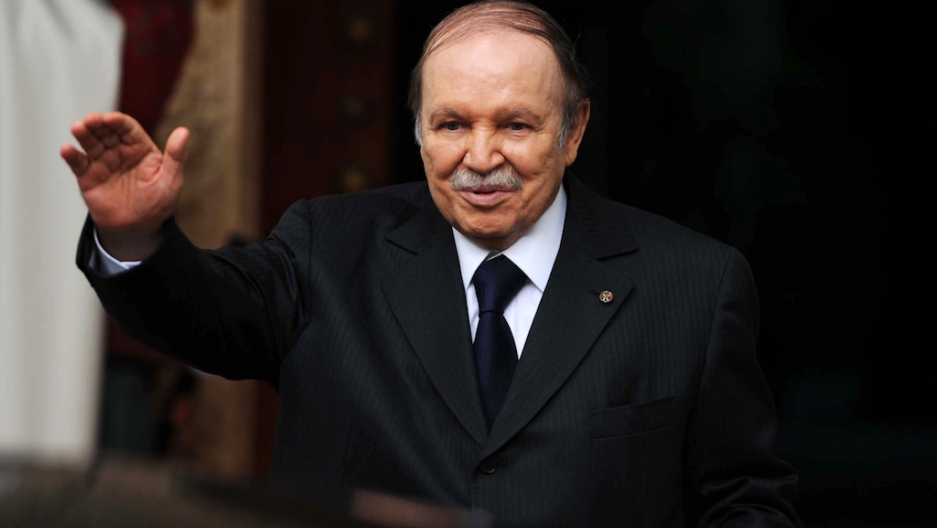 ALGIERS, Algeria — Just months ago, the word on the street in Algeria was that aging President Abdelaziz Bouteflika — seen rarely since he suffered a stroke in April — was dead.

But in recent days, the 76-year-old leader has made a roaring comeback, shaking up key ministries in what opposition parties are calling a blatant power grab ahead of presidential elections next year.

The reorganization will also likely have implications for the country’s shadowy security services, which are said to hold the real power in Algeria.

“The decisions that he took, it's a manner of saying: I am the only force in this country,” said Moustefa Bouchachi, from the opposition Socialist Forces Front (FFS) and a deputy in Algeria’s parliament.

Bouteflika returned from his treatment at Val de Grace hospital in Paris in July, and has since made only a few television appearances, during which he spoke slowly.

But the ministerial reshuffle he announced Sep. 11 made it clear he still has a strong head for politics.

Bouteflika brought in ten new ministers, including for the defense and interior posts, and whom are all close allies of the president.

In perhaps the boldest move, Bouteflika took the unprecedented decision to usurp key powers from the feared and respected military spy agency — the Department of Intelligence and Security (DRS).

The DRS is said to wield outsized influence in Algerian politics. And in the past year, it seemed as though the organization, and its notoriously secretive leader, Gen. Mohamed Mediene, had grown tired of Bouteflika’s now 14-year rule.

Its judicial police opened up a number of corruption investigations, including several involving the state-owned oil and gas company, Sonatrach. The inquiries forced the resignation of former energy minister and Bouteflika ally, Chekib Khelil.

But the president has now taken over control of the judicial police by putting it under the control of the head of the army, Ahmed Gaid Salah, another key associate.

More from GlobalPost: Will Algeria's army be the dark horse in the next election?

“When Bouteflika won [the presidency] in 1999, in 2004, and 2008, he won because of assistance from the intelligence institution, which has been from early on a sort of state within the state,” said Rachid Tlemacani, a political scientist at the University of Algiers III.

The reshuffle today “is to make sure the intelligence services will help him as they have in the past,” Tlemacani said.

In 2008, parliament endorsed a constitutional revision that would allow Bouteflika to run for a third term.

But the daring political maneuvers, as his health deteriorates and he clings to power, could have serious consequences.

Some figures and Algeria analysts say the president runs the risk of dividing the security services between those loyal to Bouteflika and the army and those swearing allegiance to Mediene and the DRS.

Former minister Rahabi said Bouteflika is threatening the “cohesion” of the military, whose unity is required to fight the growing Al Qaeda-linked militants in neighboring Mali and elsewhere in the Sahel region.

Some of the extremists were spawned from Algeria’s civil war in the 1990s, which pitted the military junta against democratically-elected Islamists.

Al Qaeda in the Islamic Maghreb is actually a rebranding of the Salafist Group for Preaching and Combat, one of the most brutal militias to participate in the civil strife.

In August, a militia led by Algerian jihadist Mokhtar Belmokhtar, responsible for the attack on the gas facility at In Amenas in January, announced its merger with Mali's MUJAO, one of the Islamist groups that occupied northern Mali last year, and promised new attacks on Western interests in the region.

More from GlobalPost: Algeria: Why the manhunt isn't over

And any rift in the armed forces could potentially allow such groups to gain stronger footing.

But diplomatic sources here say both the government and security services are believe Algeria’s security and stability is paramount. Presidential elections are scheduled for April 2014.

Tlemcani of the University of Algiers III says the struggle between factions in power is more over shares of Algeria's lucrative energy resources than it is about who will actually govern the country.

With 4,500 billion cubic meters of natural gas reserves and 12 billion barrels of crude oil, the draws in more than $40 billion in revenue, allowing it to pay off periodic popular discontent with cash handouts.

“The fundamental dynamic of the conflict won't change until the oil and gas run out,” said Tlemcani.