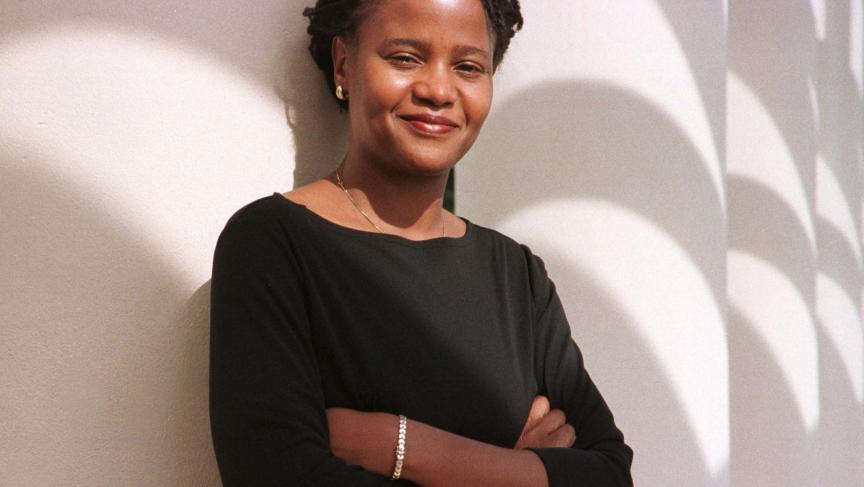 Haitian novelist Edwidge Danticat has a new book out this month: "Claire of the Sea Light."

The story is set in the fictitious Haitian seaside town of Ville Rose, where the title character, Claire of the Sea Light, is a little girl pulled between the tides, you might say; the love of her father and his intense desire to give her away to a wealthy woman in town who might give her a better life.

Danticat stopped by a studio in Miami, where she lives, to speak with anchor Marco Werman about her newest book.

She says she wanted to write about this choice that millions of parents around the world have had to make: leave their children in order to give them a better life. Her own parents left Haiti for the United States when Danticat was a young child. She remembers saying goodbye to her mother at the airport in Haiti and being pried from her mother's arms.

"It's a choice that so many people all around the world have had to make, so writing it this way I was able to understand both from the perspective of the child and the parent," says Danticat.

Listen to novelist Edwidge Danticat read from the first chapter of her novel, "Claire of the Sea Light."