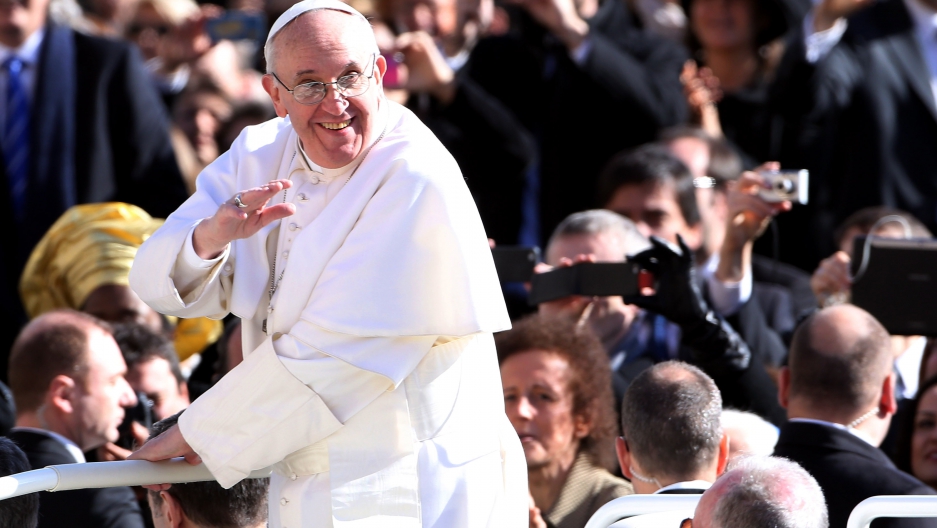 Pope Francis said the Catholic church has the right to its opinions but not to "interfere spiritually" in the lives of homosexuals. Francis greets supporters in St. Peter's Square on March 19, 2013 in Vatican City, Vatican.
Credit: Franco Origlia
Share

In a candid interview released Thursday, Pope Francis spoke openly about his opinion about the Roman Catholic church's focus on gay marriage, abortion and gay rights.

Francis said the church has a right to its opinions but cannot "interfere spiritually" in the lives of homosexuals. The statement follows a similar comment he made in July.

“It is not necessary to talk about these issues all the time,” the pope said in an interview with Rev. Antonio Spadaro, a fellow Jesuit and editor of La Civiltà Cattolica. “The dogmatic and moral teachings of the church are not all equivalent. The church’s pastoral ministry cannot be obsessed with the transmission of a disjointed multitude of doctrines to be imposed insistently."

Francis said he wants to set a new tone for the church. “We have to find a new balance... otherwise even the moral edifice of the church is likely to fall like a house of cards, losing the freshness and fragrance of the Gospel.”

The interview, which was released simultaneously in 16 Jesuit journals, was conducted in Italian and personally reviewed by the Pope himself who also supervised its English translation, according to Rev. James Martin, editor of the Jesuit magazine America.

“Some of the things in it really surprised me,” Martin told the New York Times. “He seems even more of a free-thinker than I thought — creative, experimental, willing to live on the margins, push boundaries back a little bit.”

The interview confirms Francis is not the “ultraconservative” some had assumed he would be and also reveals personal details such as his love of Mozart, Dostoevsky and Federico Fellini’s film “La Strada.”