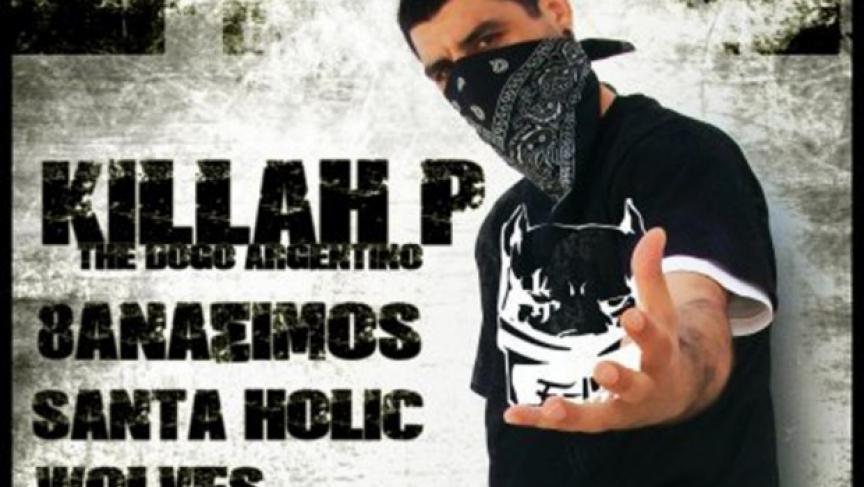 Pavlos Fyssas, also known as Killah P, was murdered Tuesday night in a suburb of the port city of Piraeus, Greece. The man who admitted to killing Fyssas also claims to be a member of the far-right Golden Dawn party.

A suspect was later arrested, and admitted to the killing. The man also identified himself as a member of Golden Dawn, an extreme far-right party that's become hugely popular in Greece in recent years.

Fyssas, who grew up in the working class suburbs of Piraeus, often penned tracks that described his neighborhood, and the struggles of the people who lived there.

"In the early 90s, the hip-hop culture came to Greece. And Pavlos and me and many of our generation were involved in hip-hop groups, mainly political hip-hop groups," says Leonidas Oiknonomakis, who is a member of a Greek rap group called Social Waste. "We knew each other, and respected each other. We were friends."

Oiknomakis and Fyssas bonded over music, politics, and soccer. They both followed Olympiakos, a Greek professional soccer team based in Piraeus.

On Tuesday night, Fyssas was watching an Olympiakos game in a local bar, while Oiknonomakis watched online.

"I was watching the game, and I just saw the news that something had happened in a working class suburb of Piraeus. Then I saw the name, and it was Pavlos," says Oikonomakis, who was shocked and devastated.

He says many in the Greek media portrayed the killing as a fight about the soccer match. But he doesn't buy that theory, and he's not surprised that the man who says he killed Fyssas also claims allegiance to Golden Dawn.

Today, Greece's Prime Minister, Antonis Samaras, condemned the killing. Samaras said he was determined not to let "the descendants of Nazis" undermine the country that gave birth to democracy.

For its part, Golden Dawn denied, again, that it's a neo-Nazi party, and said it had no connection whatsoever with the murder.

Still, numerous Greek cities erupted in protests last night. Anti-fascist demonstrators clashed with police, and more than 100 people were detained by the authorities.

"A lot of people here in Greece are realizing right now what the real face of this neo-Nazi party is," Christos Michaelides, a current affairs editor for an Athens daily newspaper, told the BBC.

Three years ago, the party barely registered among voters. But month after month of crushing austerity measures, say experts, has pushed a growing number of Greeks to buy into Golden Dawn's anti-austerity, anti-immigrant platform.

"There was a kind of sentiment in the population that, alright, they were against the system, against the old corrupt politicians, and OK maybe we should give them a chance even though they are rough guys," said Michaelides. "But after this killing, I feel that quite a lot of people, even those who voted for them, are realizing what they have done."

"It is so, so sad that it took the death of a Greek person in order for the Greek society to wake up," says Leonidas Oikonomakis.

And that's the difference here, it seems. Fyssas was a native Greek.

Oiknomomakis points out that Golden Dawn members have been implicated in numerous deaths and beatings of immigrants in the past few years. He says both the Greek government, and its European creditors, have been turning a blind eye.

"For three years now, immigrants have been suffering, dying, being attacked by Golden Dawn.They all know about it. As long as the debts are paid, everyone is happy. They don't care if people are dying on the streets."

Oiknomakis says, that pretty much sums up Pavlos Fyssas' general stance in life.